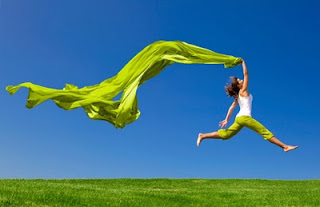 I've been having a time trying to get new blog posts on here, because the new post setting wasn't working so I switched to the old editor. Anyway I've got everything back to normal.

I've been doing house work which I really don't like doing though it is a good feeling when I get something done. I've been working at it ever so slowly. Oh to have a good house husband to help me!

Regardless I am a single woman never to be re-married again of that I am quite certain. Not to say that I wouldn't want to be married again because I do believe in the institution. The fact is, as a woman gets older statistically there are more single woman available, as opposed to single men, and many of these men, I refer to them as knuckle dragging' neanderthals named, Flog Grog, that you really don't want. Not wanting to sound completely cynical, I am sure there are good men to be found, but they are few and far between. Interestingly there is a much higher percentage of folk having a single status , than married.
I've found for most of my life to be a single as opposed to being been a married. I have learned to be content and taken responsibility for my own happiness, and this feels good and I am proud of myself for being so. It has been at times a hard slog and I have had to learn many lessons the hard way but they have been all worthwhile and I wouldn't change them, except for one perhaps but I don't dwell on regrets.

Many women, myself included, have historically wanted to be rescued in some way by a man. I know today, that I have had to become my own heroine and rescue myself and it has been an empowering experience.

The day you wind up single through divorce or separation is the day you get to test who you really are. - Ernie Zelinski

I have a multitude of options open to me primarily because I am single and don't have to negotiate where or how I'm going to live with anyone. - Flying Solo, Carol Anderson and Susan Stewart

The freedom to make the many small, daily choices, taken together, tenders a much larger gift: a sense of control and mastery. This is the gift of being single women most cherish. - Flying Solo, Carol Anderson and Susan Stewart