There have been three films produced about Jean-Micheal Basquiat, the documentary, The Radiant Child , title taken from the article written in Art Forum by painter, art critic and poet, Rene Richard, Downtown 81 directed by, Edo Bertoglio and Basquiat directed by, Julian Schnabel and co-written by ,Schnabel and Lech J. Majewski , who directed the Mill and The Cross. 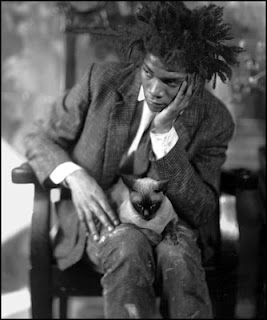 Jean Michael Basquiat  was a beautiful soul and a remarkable artist. The film directed  by Julian Schnabel, was well done and well cast, especially Jeffery White's portrayal of  Jean-Michel was charismatic, convincing and made the character come to life. One could be left wondering, if Basquiat was a victim of his own persona, from all three films. Apparently always wanting to be famous, and because he'd gained such notoriety in a very short period of time as a graffiti artist and then developed into a Neo-expressionist painter, and he was quickly thrown into a world and an environment that perhaps because of his youth, it left him unable to cope, with an almost over night fame, and considering his nature and circumstance, it proved too much for him. It was said, by one of his friends, in The Radiant Child that," he didn't have the tools to get through the sea of shit".

According to the article written by NY Times , his father expressed that Jean- Michel was often taken advantage of by others. Considering this, it was likely very much the case, he was taken of advantage of, and combined with this, the trauma of having his mother institutionalized due to mental illness when he was a young child of 11 years, running away at the early age of 15, and experiencing discrimination  as a young black youth caused him to be very troubled and lonely. Added to these personal struggles, was his drug abuse and addiction which complicated his life, and lead to a downward spiral, ending his life tragically, at the young age of 27,  by a drug overdose.

I appreciated the portrayal of his close friendship with Andy Warhol, who seemed to have cared for him deeply, and greatly admired his talent although it appears that Warhol was Jean Basquiat's mentor.
David Bowie was superb as the character of Andy Warhol. His portrayal of Andy was both endearing and kind, especially toward Jean-Michel. He'd even used Warhol's wig to add to the authenticity of the character. 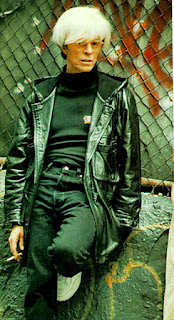 The scene depicted Jean-Michel's reaction to Andy's death poignantly, and it was after his death that Jean-Michel went into isolation, his depression escalated, as did his drug addiction. 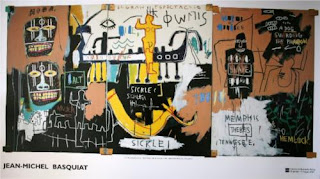 In his painting, The History of The Black People, what I found most interesting about Jean-Michel's Basquiat's art, is his use of language and in a paper written by Maica Sanconie, entitled "The Use of Language in Jean-Michel Basquiat's Art" states.

"Basquiat does not celebrate a culture. Rather, he points out the losses and dismembering of this culture. He attempts to reveal the African-American presence in America in its historical dimension. He goes backward in time, in a process of “self-creolization”, a process defined by Robert Farris Thompson to express Basquiat’s ability to fuse into effect his fluency in several languages. Or we could also say that he created his own language of self-emergence."

There was a great honesty and directness of character that was often not recognized, understood or appreciated in his work, but the following quotes are revealing.


"I had some money, I made the best paintings ever. I was completely reclusive, worked a lot, took a lot of drugs. I was awful to people."

"Believe it or not, I can actually draw."

Ah the lessons of life. The downward pull of ego in it's destructiveness is something to behold. In the spiritual sense we are all stars (as he called himself).

Isn't it so true Betsy. SO tragic. Substance abuse takes so many young and gifted folks.