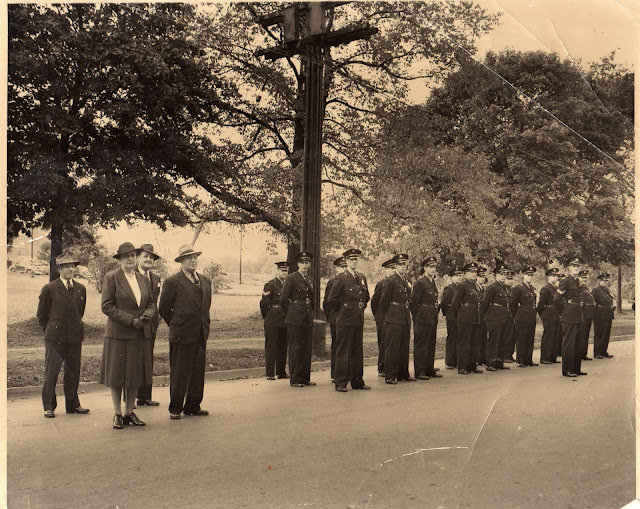 This is an old photo taken of my father when he was a police officer in Halifax, Nova Scotia. He's the tall dark lanky one, second in front of the tree on the left, looking toward the dignitaries. He must have been on parade. He was a very handsome man. I think this photo was taken in the mid to late 40s, before I was born.

The memory of my father was of his physical height and his connection with the land, where he loved to hunt and fish. I would often go with him on fishing trips, and go traipsing through the woods checking rabbit snares for rabbits, in spite of me lagging behind or getting my fishing hook caught in the arse end of my pants. The rabbit snaring trips quickly came to an abrupt end, when I was confronted with the reality of seeing a bunny caught in a snare. My father promptly hit it on top of the head and killed it. I never went again.

Our young impressions of our fathers are different from when we become mature adults. Some impressions  remain the same, others change and some are bitter sweet. Constants for me were the ever increasing awareness I had of my father's drinking and how this was affecting our family. When I was thirteen he'd left the family. It wasn't until I'd matured, that I realized how much of an affect it would have, upon being reunited with him, after being separated for twenty six years.

As a young adult I came to fear that I would become the person my father was, who had a serious alcohol problem. Later on  in adult life, I realized I had many shared characteristics in common with my father. Yes, I admitted and accepted I was alcoholic, and got myself into several 12 Step programs. Along with this, I had a very similar personality as my father.
He was very sensitive, emotional, creative, a hard worker, with a great sense of humour, he loved people, and had a faith in the God of his understanding. Most importantly, I know he loved me, my mother and my brother. He was wounded in his young life, coming from a poor rural coal mining town in New Brunswick.
Like so many of us, and did the best he could, with what he had to give. I have learned the important lesson that you can't give away what you don't have yourself.

I would be lying to say that Father's Day doesn't bring up feelings of loss, sadness, and hurt. But that is OK, as long as I acknowledge it, and can talk openly without dwelling on the past, then I can move beyond this, think about the good memories I have of my father, and how I can be grateful and proud, that I am my father's daughter.

I have never regretted tracking my father down almost twenty years ago. It helped me to reclaim who I am, because I did it for myself, though I am still a work in progress. The repercussions for my family was a healing one.

Today I heard the most beautiful song by Jeff MacDonald, from Cape Breton, Nova Scotia. It was a Gaelic rendition of The Lord's Prayer. It touched me in a very deep way. I don't understand Gaelic but music transcends the necessity to know what is being said, and it can touch the heart regardless. I tried to find it online but could not, but I did find another song he sings about family, which I have posted. Family is about home, whether it be your family of origin, or family of choice. Home really is where the heart is.

Jeff MacDonald's interpretation of The Lord's Prayer conveyed a very evident deep spirituality and expressed to me my feelings about my Father, The Creator, my Higher Power and was filled with gratitude and love for my own father and was acutely aware of how much I miss him.

I have had many spiritual fathers and mothers throughout my life. A person does not have to be a biological father or mother, to fulfill this most important and difficult job in the world that can make all the difference to another, that has lost their way, or is in need of guidance. I am so very grateful to for all of those who have helped me along the path, especially my family biological or not. 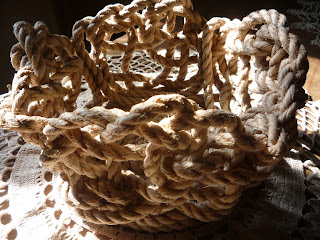 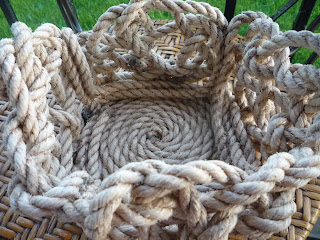 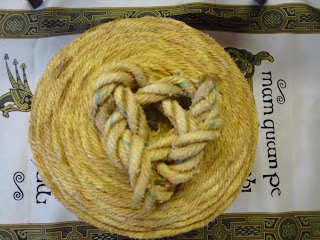 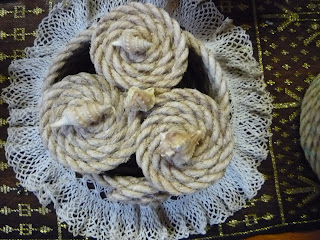 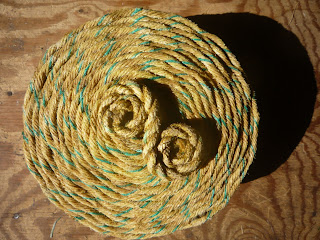 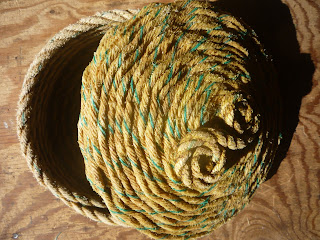 Recently I have taken a break from my basket making, until I get another load of rope. I've posted my newest recycled rope basket creations.
Now I have a bit of ennui, enough to re-aquaint myself with my inner weirdo as I heard Torquil Campbell say, during his rave, on CBC's regular Radio morning show, Q.

There is something to be said about taking a break from making art or to perhaps experience some boredom in order to allow your subconscious or unconscious mind to play around with creative ideas. I have to say I am seldom, if ever bored, but I do find I have down time that helps me reassess, and take an inventory of what I've been doing, what I want to do next, or simply wait until my imagination kicks in.
It's also very important I believe, to have a change of location, and environment, to have the opportunity to engage or perhaps collarborate with other people within a creative community, to see the world through a different lens and perspective.

On Saturday, I have been invited to attend a workshop at the local library by a good friend, who is an Art Therapist. I am really looking forward to it, as I live in a rather isolated, very rural area in Nova Scotia. I can go months without any contact with others from time to time, especially in Winter, which isn't very healthy for me as an artist, who enjoys interaction with creative folks.
The Ruche d' Art is a wonderful, creative, and free outreach art making program, lauched by my friend's past professor at Concordia University, in Montreal. I've hightlighted the
posted a clip from  a CTV news program about it.
Posted by Unknown at 8:02:00 PM No comments: 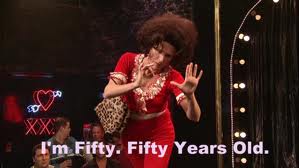 I've always been fond of the saying "growing old gracefully". Many seem to do this well with grace,   embracing the natural life-death-life cycle. Others rail against it, in that they are fearful, full of dread and complaints about getting old. Many folks I have known over the years, have an agelessness about their personality who are truly young at heart, love life with optimism and humour, that always inspires. They set an example of how to age gracefully.

Our elders have an essential and vital role to play within families, and in a society that seems to have forgotten the important lessons they have to teach us. Instead, we are youth obsessed and in denial about getting old, and keep death at arms length.

My parents and my brother were young at heart, and rather ageless, though I was acutely aware they were aging and how the toll disease took on their bodies. Aging nor getting old is not for sissies as Betty Davis once said. But it is still very possible to remain young at heart.

Remembering what it was like to be a teenager helps a lot. Too many adults I believe tend to forget what it was like to have a sense of childlike joy and wonder. I believe we can continue to have this if we bother to look and allow ourselves to let go of rigid ideas of what we should be acting like when we reach a certain age, and be let this dictate and define us.

My chronological age does not define who I am. I don't think I can ever say that I really feel my age. Sometimes I feel very young, on other occasions I feel like an ancient crone who's been living for an eternity, under some big mossy toadstool. Something like that.

My old friends, my body and bones usually have particular way of reminding me that life is short and time is passing rapidly, and that I need to live life as fully as I can, with my body, soul, and mind, with a love of humanity, humility and a sense of humour.

Our attitude toward life and living contributes so much to the aging process, and I believe determines our behaviour whether it be positive or negative.

As a Youth Care Worker, being around young people helped me to remember my youth. As well, my mother was an older mum when I was born, this day, June 4th in 1953, she was 42 years old with a very youthful spirit, which remained with her all through her life. I never really saw her as old, because she taught me that we are so much more than our chronological age and it does not define who I am, unless I let it.

Since I turned fourty years old I've always made it a point to mark each decade milestone with some kind of memorable learning experience. At fourty I went riding horses for two years, when I turned fifty, I learned to belly dance and now I'm sixty, I can say it's been a year since I graduated from Mount Allison University with my Bachelor of Fine Art, and the old CPP it gonna be rollin' in next month! Life is very sweet and good at sixty!

And so Monday June 4th 2018 is my birthday and like Sally O'Malley, I'm hear to say, I was SIXTY! And now I'll be SIXTY FIVE YEARS OLD. THE BIG SIX 5! I like to KICK, Stretch AND KICK!