"What To Do When People Do You Wrong" - Mercy Tools 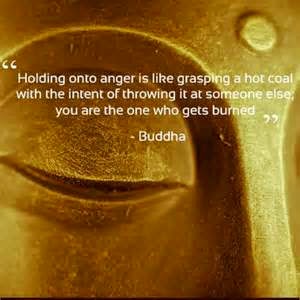 Early on in the day when I was thinking about what to blog in my post, I wrote down these two words in my journal,, mercy and tools.

I have CBC radio on just about 24/7. This morning was no different. I wished the news was better. More often than not, you listen to news casts that have more bad news, than good. I expect because it makes better copy for the media.

Today I heard a particular story about a women and her 19 year old son who had been severely beaten while in jail. He had been in a coma, and now was awake, without the ability to speak or move. He was suffering serious brain damage and was completely incapacitated. The correctional authority would only allow the young man's mother to visit with her son for an hour a day, as opposed to being able to have unlimited visits, which she had, when he was in a coma. There were now correctional guards at the door, round the clock.

The young man in the hospital was suddenly considered a threat once again, and was being treated as the prisoner in custody, prior to his hospitalization and complete incapacitation, unable to move or even speak. His mother was desperately pleading to be allowed to see her son, more than one hour a day, in order to assist in the healing of his serious brain injuries, supporting her son, close by his side. It was heart breakingly sad to hear her express her deep despair, and sorrow.

What really struck me was the phone call that came into CBC Radio, in reaction to this situation. The person that called , was so full of what sounded like aggressive, vindictive resentment toward this mother's plea. The caller went on at great length to explain in vehement anger, and self-righteous disgust, why this mother should not be allowed to have more time with her son, regardless of the circumstances. She then made a statement put in the form of a question, asking why didn't she spend the time with her son when he was getting into trouble with the crime that put him in jail in the first place, and where was she then. It left me feeling very sad. I say this because, to me it is a microcosm of what is happening in the world today, that initially starts within in the family, and spreads outward into the community and globally from there, systemically in the form of love and mercy, or in hate and vengeance toward others.

My first thought was disbelief in how merciless this kind of attitude seemed to me. Some folks think that punitive measures toward children who have become involved with criminal activity, should include and extend to the parent as well, in what every form or however judgmental it is.

In my other life before becoming a full time artist, I was a Youth Care Worker for approximately 20 years, with youth at risk, young offenders and with the adult population in custody. I have seen first hand the correlation between dysfunctional families affected by poverty, mental health issues, substance and sexual abuse, racism, addiction, and systemic socioeconomic problems that are all in some way correlated if not directly the antecedents to criminal behaviour.

It seems the person who made that phone call into CBC Radio, not unlike others I have known, is searching for someone to blame. Fact is, we all must take responsibility.

Vengeance, blame, resentment, even hatred without mercy or forgiveness, are certainly not tools for change in a seemingly hopeless situation or world.

So, it was timely that I found this video today on the topic of forgiveness, by Marie Forleo entitled, What To Do When People Do You Wrong.

Email ThisBlogThis!Share to TwitterShare to FacebookShare to Pinterest
Labels: Antecedents, CBC Radio, Crime, Forgiveness, Marie Forleo, Mercy, Mercy Tools, Tools, What To Do When People Do You Wrong, Young Offenders

"What would love do?" Boy, that makes things simple doesn't it? Yet I don't think forgiveness means we need to put ourselves in a position to be hurt again either. I can forgive, and wish the person well, but I don't have to continue being a doormat.
Great video!

I loved those questions!

No being a doormat, being hurt again that's not the way to forgive for sure! Glad you enjoyed it Bev. I really like Marie Forleo. She's funny as hell sometimes and has some good wisdom.