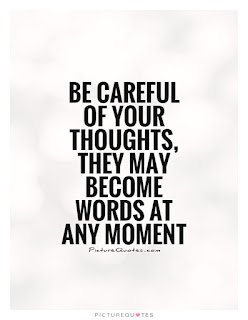 I love words. I love writing words, reading them, speaking and listening to words, but there are certainly some words I really dislike, even hate, and so I refrain from using them. I especially have a great disdain for words used against others to humiliate, disrespect or abuse those who may not be in a position of power, who can't advocate for themselves or have a voice, particularly children.

When I was very actively involved in the specialized training as a Youth Care Worker, there was a plethora of information that I was constantly learning about, working with youth at risk. Some of this education I agreed with, some I didn't.

Over the years of experience working with youth, I became acutely aware of living in a society and culture that is more concerned with controlling youth, as opposed to understanding them. There are many ways to control other, and I think language is definitely a very powerful one. Historically we have witnessed cultures being annihilated or on the verge of disappearing because of the loss of language. Language is culture.

One of the topics included a youth care training session, was how certain words are used when describing youth, and I believe it's often used as a means of controlling those in trouble with the law or who have mental health or behavioural issues, and usually these are not mutually exclusive, but are often directly or indirectly related.

The word delinquent immediately comes to my mind, which I absolutely loath. We might not this hear this word so often now, perhaps because it's politically incorrect, but I do think there still exists a mindset of an increasingly hardened culture.

Words and language are so important, and the context in which they are used determine their power in negative or positive ways. Years ago it came to my attention how youth are so often described by words starting with the letter d.

Often these words label, judge and discriminate against those on the margins of society, for one reason or another,through no fault of their own, perhaps due to mental illness, abuse or addiction within their families or because of poverty, gender, ethic origin or religion.

A number of these words, we might think about completely eliminating from our vocabulary, or be mindful in our thoughts about the kind of the words we say, and how we use them, because words can build up, tear down, demean and cut deeply. It's been said, first comes the thought, then comes the action.

Here's a list of these d words. You may have heard some of these growing up or even said some of them yourself and we might not openly say them, but we might think them, when relating to others. Words are powerful, and I need to think before I speak, and weigh my thoughts, my words and use them wisely.