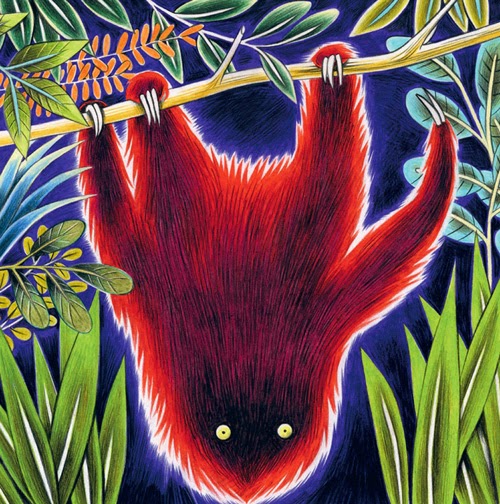 I found some thing that sparked my curiosity this morning from the site I subscribe to, Brain Pickings, about Monsters and Legends, a book by two very talented artists and illustrators, Davide Cali and  Gabriela Giandelli. This book is sure to stimulate the imagination young and the older person alike.

Most of us may not believe in monsters, but they certainly are often alive and well in our subconscious. I think we all have our own inner monsters, that we wrestle with in life. I've had many that's for sure, that were more like demons. However, I have sort of become old  friends with them now, in the way that I accept they exist and we co-exist together now. They have been a big part of my personality, once dictated my behaviour, and often preoccupied my thought, taking up space in my head. Thank God today they no longer control me, but I do understand and know how they could easily be unleashed again. So now I have learned how to temper them and keep them confined with the tools I have been so freely given in recovery. Some times what we most fear and think of as being a monster, actually turns out to be a friend and what we learn the most from. They can be blessings really, in disguise

I believe we can learn a lot from monsters and legends.

This is one of my paintings I did of a Baubo Belly Goddess. She looks kind of like a monster, but she is not, however I wouldn't really want to run into her, say in a dark alley. She definitely scare the begeezus out of me but once I realized who she was we'd do coffee I'm sure and have a grand chat..