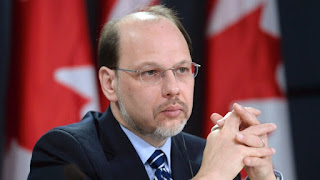 Does prison hurt or help?  I'm part of the business that believes that what is done, should be helpful. - Howard Sapers

Today I am thanking God for CBC Radio the one publicly funded institution that hasn't been gagged by Steven Harper and his political cronies. Perhaps I should qualify that with a 'not yet'. I don't normally get off on a tangent about political matters directly, as primarily my blog posts involve some kind of creative perspective.

That said, I believe that the personal is political, and I feel the need to express my personal outrage in regards to the recent loss of Howard Saper who has been the long standing advocate, ombudsman and correctional investigator of Canada's prison system, especially in pursuing the investigation concerning federal corrections such as mental health and corrections, preventing deaths in custody, and the special needs of Aboriginal offenders, aging offenders and federally sentenced women.

I do take Howard Saper's departure personally, and as an artist I do feel an obligation to speak out. I have worked for many years and volunteered in correctional field, with troubles kids, young offenders and adults. I was also married to a First Nations man. I saw first handed, the unaddressed systemic problems, and the overwhelming warehousing in a primarily punitive, as opposed to a therapeutic system. Howard Sapher is spot on in his criticisms in the face of a government that does not care.

The fact that  Howard Saper is 'moving on' not by choice, in my opinion, but is just another example of the present government's heavy handed reactions, toward those who are considered threatening to Harper's iron fist control, and Harper's " tough on crime ", self-righteousness, and is only another attempt to muzzle watch dogs of truth and justice, in favour of whatever is expedient to his own big business, economic agenda, and to hell with people, the marginalized within our society, the honouring of First Nations Treatises,  and not to mention Canada's appalling, and grievous record for the lack of care and concern for the environment.

I can only conclude in saying, am a proud Canadian, ashamed of my government. 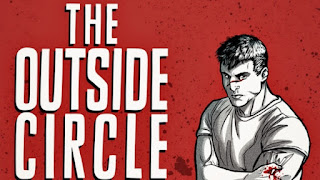 "The Outside Circle" by Patti LaBoucane-Benson, illustrated by Kelly Mellings, tells the story of Aboriginal gang life and the colonial trauma that underpins it. (Kelly Mellings ⓒ 2015 by Native Counselling Services of Alberta, House of Anansi)

Email ThisBlogThis!Share to TwitterShare to FacebookShare to Pinterest
Labels: Howard Saper, Personal Is Political, The Outside Circle