Ralph Nader - Told You So

This morning I listened to a rebroadcast of the Current. There was a special segment called Project Money. Ralph Nader was talking about minimum wage. I admit, have not read anything by Ralph Nader, but have heard him speak several times through the media, and have always found him to be a highly intelligent man, and a compelling activist, and what he has to say, makes an enormous amount of sense to me. Terry O'Reilly also had a great interview with him many months ago, talking about his book Told You So.

Most artists struggle financially, as do the majority of people globally, and live daily with the fear of financial insecurity and poverty.

Chris Hedges on the site Truth Dig, and Nation of Change, quoted from Ralph Nader and it demonstrates the injustice, and disproportionate wage gap between rich and poor, comparing it to medieval times.

“ How much political courage does it take to stand up for guys making $7.25 an hour while the head of Wal-Mart is making $11,000 an hour?” Nader asked. “What medieval period had that kind of wealth disparity? " - Ralph Nader

This got me thinking about what Ralph Nader thinks about creativity, and I think I found quote that encapsulates his thoughts, from the site focusing on the film about Ralph Nader An unReasonable Man

Oh yes, we can become good citizens even politicians, however often, too many simply learn to manipulate the system, but makes for lousy human beings. I would suggest it isn't enough to learn about citizen skills, as we are in desperate need of learning how to be better human beings. 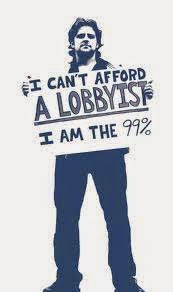