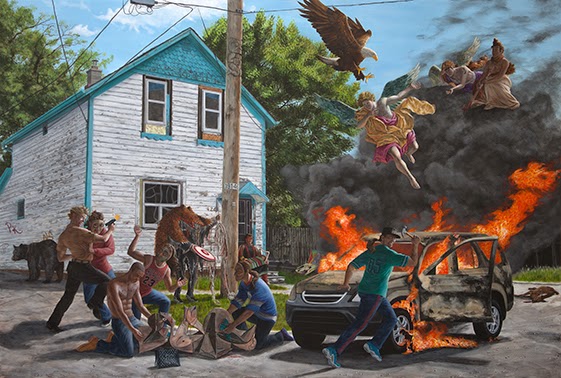 I don't really know how I missed learning, or even hearing about , Kent Monkman, a Canadian multimedia artist.
I recently listened to an interview he gave to Jian Ghomeshi on Q CBC Radio.

Kent Monkman is a remarkable artist and person. I think he is at the forefront of change within an art world, that historically had been controlled from a top down dominance, by those in power and control, as a result of the colonization of art history, found within museums, and galleries throughout the world, and in particular found in Euro-American ideas of history and culture.

The artist engages the viewer, inviting them to participate in examining, in questioning, and in re-thinking this cultural dialogue, on a number of levels.

He has found a way to communicate his ideas. Kent Monkman is committed to narrative painting, and   re-frames the unchallenged idea of narrative history within the media, via his own redefined iconography, that challenges colonial history.

The cultural tensions and balance between First Nations culture, and settler culture, is very evident in his work, depicting a different perspective on history. It is both exciting, poignant, and encouraging to see such an artist.  I believe he is contributing and will continue to be very influential toward changing the role of art and artist in society, and how we perceive and teach art history. I think Kent Monkman is an artist who in communicates his ideas brilliantly. 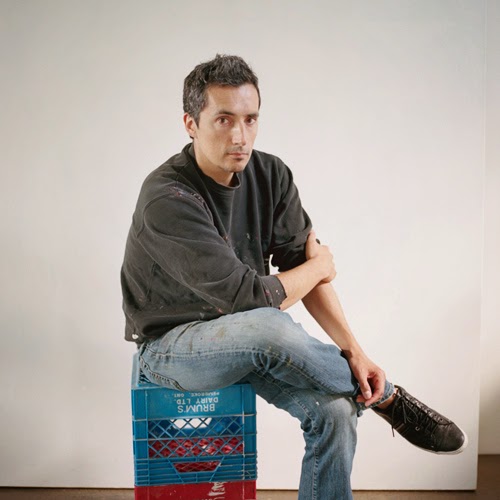