" Practice what you know and it will become clear what now you do not know."


Not unlike Artemisia Gentleschi, Rembrandt was inspired by Caravaggio in his use of intense light and realism.What always impressed me most about Rembrandt's work, is the spiritual atmosphere and quality that emanates from  his depiction of people, particularly in the Old Testament stories, that is very apparent in his early work such as, Tobit and Anna , in his later work, Jacob Blessing the Sons of Joseph and The Return of The Prodigal Son. There is a strong sense of compassion that allows the viewer to experience this, I think because Rembrandt was able to transcend what he deeply felt spiritually into his work. 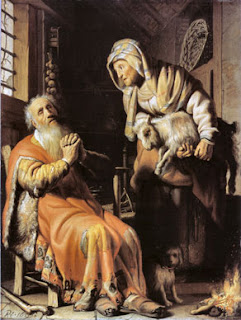 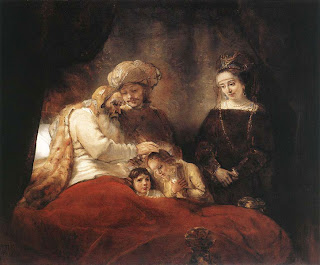 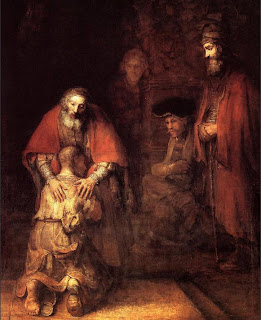 In the movie, "Rembrandt" that was produced in 1939, we recently watched in class the plot did not convey this spiritual quality in his work, although Rembrandt was portrayed as a spiritual man, especially after a experiencing a number of humbling life difficulties he had to face. The film showed Rembrandt's return to his childhood home after financial hardship due too his own money mismanagement and other challenges that seemed to break his spirit. I think this pointed out an important factor that seemed to be pervasive throughout his life in spite of his successes and wealth in his earlier years; he didn't forget his humble beginnings as the son of a miller.

Perhaps something that gave Rembrandt an advantage as an artist is a condition called stereo blindness. This was concluded after careful examination of 36 of Rembrandt's self-portraits.
Margaret S. Livingstone who is a professor of neurobiology from Harvard Medical School published a letter in 2004 which stated that Rembrandt's eyes didn't align properly. This condition is the inability to perceive in three dimensions and enables one to flatten what is seen in order to render two dimensional work. Scientists have found this condition is more common among artists comparatively to those with normal stereo-acute vision.


Many modern artists have been inspired and copied Rembrandt's work and Pablo Picasso notably drew from Rembrandt's dry point drawing entitled , Christ Presented to the People. Picasso's work was a depiction of a theatre performance. 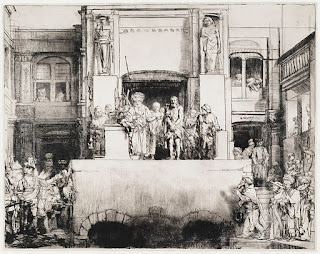 Rembrandt's pupils were required to copy drawings and paintings and had  his students copy his own paintings as well before they were permitted to actually render from life. 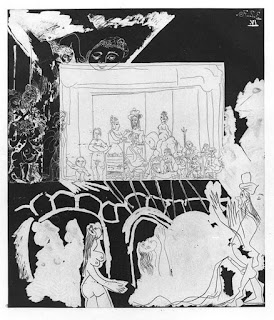 Rembrandt was a very prolific artist producing a possible 300-600 paintings, 300 etchings and 1,400 drawings.

Many artists make self-portraiture a part of their art practice, however Rembrandt seemed  preoccupied in doing so. I suspect that perhaps this was because Rembrandt was convicted by his own personal spiritual beliefs deeply embedded into his soul from an early age given to him by his Calvinist parents, who imparted a strong sense of right and wrong to him and perhaps his portraiture was his search for an honest discerning truth about his character as a man.

Although Rembrandt's character may have been somewhat problematic for him earlier in his successful career, being involved in 25 legal battles, probably linked to his financial difficulties, wealth did not bring him happiness, considering the loss of his children and his wives which caused him great sorrow and suffering, as they could never be replaced.

The Night Watch was believe to have contributed to the beginning of his financial downfall and popularity because the painting was not well received, however this proved not to be true  and was unfounded, as he continued to receive support and recognition for his work. 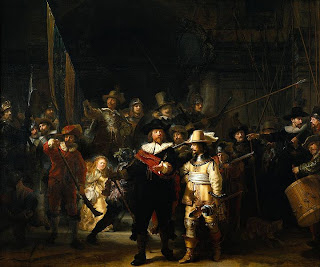 "Painting is the grandchild of nature. It is related to God."

" Sincerity is the eventual deception of all great men."

"Without atmosphere a painting is nothing. "

A small point of interest, Rembrandt loved dogs and they were often included in many of his paintings.

These are wonderful paintings. I love the quote about discovering what you don't know through devotion to what you know.

Betsy,
Well thanks to my advanced art history class I see Rembrandt in a much deeper light. He must have been a grand wise elder.