On November 8th in New York City, I attended Annie Leibovitz’s  presentation at Barne’s and Noble Bookstore about the recent publication of her book entitled, “Pilgrimage”. This book of photography is personal exploration and a sort of vision quest, while traveling throughout America and the United Kingdom in search of things she considered meaningful to her without any preconceived agenda.

After seeing the various photos within the book and hearing Leibovitz speak, I felt the experience she had, reminded me of a book I once read entitled , “The Spirituality of Imperfection.
These documented photos were more than simply social documentation, which she has been well schooled in from her mentors, Robert Frank and Henri Cartier Bresson.

She told the audience at her presentation, “ it is out there” for all to experience. I think she is referring to the meaning in life that can be found in the pursuit of what is meaningful to each individual. Interestingly, she said the night before on David Lettermen, she took this journey to “save her soul”. She also said what motivated her was that "she needed to save herself".

Her photos invite the viewer to experience a personal glimpse into the spirituality of imperfect humanity of those famous people, who once seemed larger than life and unknown. One feels a closeness and intimacy with the rooms, the landscape and the objects she photographed and I suspect it is not because of the camera or the sophisticated equipment used, but because of the subject matter itself, and because she bothered to take this personal journey and share it with others.

The strong element of synchronicity is apparent in this book, in that how one thing lead to another, following her heart’s desire in fulfilling the dream her late partner, Susan Sontag and of always wanting to travel to find people, places and things of meaning.

Her own personal crisis and desire to be close to her children was the antecedent to this journey.
Her photos demystifies the famous, and the infamous, giving an intimate, human portrayal, that is both beautiful and a presentation of the imperfect fragility of life, that draws the viewer into an experience and appreciation of the stuff of life.

I'm drawn to the fact she sees much of her personal and private work as being connected.  Annie Leibovitz impresses me as having a great appreciation for all art forms and expression.

Leibovitz began her artistic pursuits first as a painter prior to her practice as a photographer. Her particular passion for dance I found very moving, finding out that her mother was once a modern dancer, thus her photos of Martha Graham’s dance warehouse and her references to Isadora Duncan.

There is a sense of story telling and narrative in this work that I think reflects Annie Lebovitz’s nature, that reveals what and who she admires and loves. She photographed a variety of landscapes, rooms and items found first in Massachusetts at Emily Dickinson’s house. Here through the use of a small digital camera she stated how surprized she was that the digital photograph was very accurate representation of  the way it actually appeared, without any assisted use of lighting. Her use of the digital media is a reflection of how she considers the digital photography as a simply another creative tool, and describing the digital camera process as being the modern dark room. I must say, I was a little disappointed in hearing her say this on David Letterman however she did also remark during her presentation at Barnes & Noble that was not of the opinion that anyone could be a photographer because of the digital camera photography which she considers to be more of a generational difference.

After her time in Massachusetts she traveled to Niagara Falls with her children, where she began making  lists of places she wanted to visit, including the English countryside homes of Virginia Wolfe, Charles Darwin and Sigmund Freud in London. Here she would use more complex cameras and equipment and her subject matter expanded to include objects and landscape.

While in Walden Pond where the site of Thoreau’s cabin was, she was drawn to other Concord writers like Louisa May Alcott and Ralph Waldo Emerson.

Throughout the book there is not a single person photographed, however it is full of portraiture and the intimate traces left behind by the people she portrays.

Her inclusion of Beaux Arts sculptor Daniel Chester French’s studio, who made the statue of Lincoln Memorial perhaps not only reflects her interest in what it means to be American, but how Lincoln the man was never really portrayed personally in an intimate way.

She spoke about the photos she took of his white gloves found in his pocket the day of his assassination and of his top hat which had two spots where his fingers wore the rim, as he was constantly putting his hat on and off. Leibovitz expresses how Lincoln loved to chop wood and was very precise and related the continuous removal and placement of his hat with his precise and almost compulsive wood chopping activity. 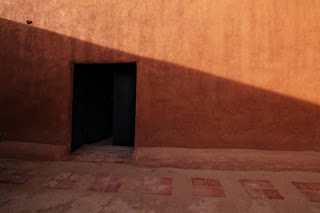 Georgie O’Keeffe was the person Annie was most moved by, and remarked how struck she was by the simple lifestyle she'd had lived her life at Ghost Ranch, lived, which perhaps convicted Annie Leibovitz, as she lives a very famous, somewhat complicated and lavish lifestyle.

More than anything the messages I went away from Annie  Leibovitz was, do what you're passionate about.
The traces left behind by those we love are a way to hold on to them, in our memory and a way to nurture and honour our own humanity.

“I would encourage everyone to make their own list,” she says. “My book is a meditation on how to live. It’s an old-fashioned idea, but you should always try to do what you love to do.”
Annie Leibovitz 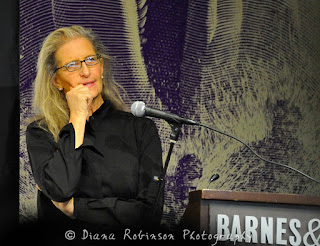 I love her photos and I will check out her book. I did not know Annie was an artist before a photographer.

I often wonder what Georgia O'Keeffe would think about all of the famous people who adored her. I would like to think, O'Keeffee would shake her head, give a semi-smirk and go for a walk to her mountain...wonderful post!

Haahaa great comment Indigene. Wonderful description of what Georgie O'Keeffee would do!

Yes I have to say I wasn't surprized she had first been a painter. There is a big connection between the two mediums historically. She attended the San Fransisco Art Institute.

Thank you for reading Indigene. Peace

She summed it up when she said always try to do what you love to do. When we love what we're doing it benefits more than just our selves.

Yes that's for sure Betsy. Sometimes I think we are expecting great explanations from creative people like Annie to somehow enlighten us but you know it's just wisdom. We all have that, if we have sense enough to walk it.