Hooked On Hamilton - The Mystic Highway 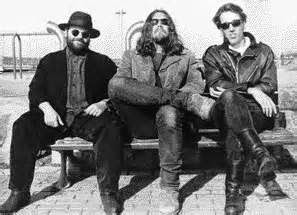 I grew up in the east end of Toronto during the 50s, in a working class neighbourhood. At the age of ten my family moved to Southern Ontario in 1963, and then we lived in Guelph until I was 15. As a teenager, I was very aware of Hamilton and Kitchener. The cities were often thought of as being synonymous. One got the impression that Guelph thought of itself as a little more sophisticated, after all of the industrial factories were outside of the city, sight unseen. But there was an underside, of the pristine civilized city surface, as I found out first hand, in my pubescent youth, enchanted with the 60s counter culture.

My brother who was very much the 'greaser,' born in 1943 and ten years older then me, was getting into his own messes. He informed me that he'd spent his only night in the local jail, sharing a cell with a mafia guy. Seems the mafia had infiltrated Guelph. I certainly knew the biker scene was active, as was the drug culture.

Hamilton and Kitchener's reputation preceded itself, in that it was well known for having a lot of bikers, working class partying rough necks, and drugs. I'd never had the opportunity to spend any time in Hamilton, nor did I ever want to go, cause I was a little afraid, but when I hit my teens, I became acutely aware of the level of talent that was coming out of this area like Crowbar, and King Biscuit Boy, under the influence of Ronnie Hawkins. My brother worshiped The Hawk, and I began to learn through osmosis from my brother's love and knowledge of music, and about the bands that The Hawk was involved with, or them helped get their start. I was completely hooked on Hamilton and didn't know it.

One of the biggest reasons my brother loved Ronnie Hawkins was his salt of the earth personality, his great sense of humour, and his wild side. When musicians are loved, it's not just because of their raw talent, it's because of the kind of personalities they have. The more down to earth they are, the average working class person relates to them.

I love these interviews with Tom Wilson who talks about the rich musical history of Hamilton. Tom is about as down to earth, and working class as you can get, as are his associate members in the band Blackie and The Rodeo Kings. I think these factors all play a big part in why they have become so successful, loved, individually and collectively.

As a member of Blackie and The Rodeo Kings, Tom Wilson, Stephen Fearing, and Colin Linden are very cognizent of the importance of musical history, and keeping this tradition alive, and I think unites them as a musical force of nature for a greater good. The name of their band, being a tribute to the late great Willie P. Bennett, who was the song writer's writer.

Here is what I think is the best video interview done with Tom Wilson, that embodies the musical history of Hamilton. It gives insight into the kind of person Tom Wilson is, as a musician and a Hamiltonian.