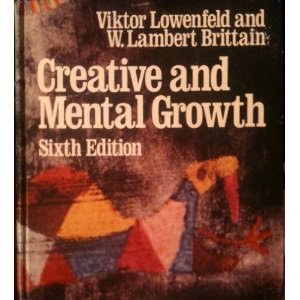 Well it's comin' on Easter and I suppose I could be thinkin' about Easter bonnets and chocolate bunnies and candy coloured Easter eggs. But I figure I'll have none of these, but I do have a bug-a boo. Yes, I suppose you could even you could call it my Easter bug-a-boo, about colouring books. It's not the first time I have posted on this topic.

I expect there is a whole slew of children feverishly colouring with crayons inside the lines of their pre-drawn pictures of Easter eggs and bunnies with baskets full of eggs, to take home to be proudly mounted with fridge magnets on to their kitchen fridges. Isn't that great? No! Looking at colouring book pictures, makes me cringe and believe me I avoid it at all costs.

This particular bug-a-boo has been with me for more years than I care to count, but it really started in earnest when I began my formal art education in the 70s at NSCAD. I was taking a Bachelor of Fine Art and Art Education degree and in our introduction to art education, a required reading was Creative and Mental Growth by Viktor Lowenfeld and W. Lambert Brittain. It was like the art educator's bible really.

I feel compelled to post about this topic again, because lately I have been seeing online articles about artists making colouring for adults. Frankly, I was not only shocked to hear this, but baffled. It is completely beyond my comprehension why an artist would ever entertain doing this, let alone think that this is a 'creative' endeavour to foster and encourage creative expression.

Making colouring books for adults is plain ridiculous, and creatively counter intuitive, but for children it is detrimental to creativity. I have to say this kind of predigested activity is worse than no art at all, as it inhibits creative expression, and the natural imagination of a child. I may sound like a purist to some, which I am not, but when it comes to nurturing the creativity of imagination, well then yes, I am, I make no apologies for that.

" There is general agreement that colouring books are detrimental to children's creative expression. These books usually have an outline of some form or other, such as a cow, or a dog, or a complete landscape. The youngster is supposed to colour within the lines and some youngsters seem to enjoy this activity. This enjoyment may be because these youngsters do not have to think for themselves. The dependency upon  someone else's outline of an object makes the child much less confident in his own means of expression. He  obviously cannot draw a cow as well as the one in the colouring book. Parents, however, are becoming much more aware of these problems, and often blank pages can be purchased in book form for youngsters to use. The lines that a child makes himself are more meaningful, and children who mark all over a colouring book do not do the same type of marking over their own drawings.

We can decry the use of colouring books for children, but some of the same objections can be raised to the paint-by-the-number kits that adults use. Just as a poem can be copied without understanding the message, the rhythm, or the metaphor, painting a picture  with a paint-by-the-number kit is an automatic procedure that merely reinforces one's own inabilities.

It may come as somewhat of a surprise to find that workbooks used  in arithmetic often greatly resemble colouring books. One arithmetic book has a child draw seventy-six repetitions of a stereotyped rabbit, eighty-eight repetitions of a bird, sixty-two of a kite, eighty of a balloon and so forth. Such repetition is meaningless. A study by Heilman (1954) indicated how dependent some children can become upon these workbooks, for the data revealed that the general growth pattern through creative work was seriously influenced by these workbooks."

This book was first published in 1947, and there have been several later editions. It is reading still very relevant in 2015.

So, give me the Easter bonnet, the bunny, chocolate bunnies, and coloured Easter eggs, but for God's sake throw the colouring books in the recycle bin!

Happy Easter everyone. Now go draw your own Easter pictures!

God, how I hated coloring books as a kid! I much preferred a blank sheet of paper that freed me to make my own images. Paint-by-number was a complete disaster! My one and only encounter with this soul-sucking activity resulted in a giant, multicolored blob...not quite the intended outcome. Thank you for posting this illuminating story, Catherine. It brought back some painful memories, but happily, I was fully equipped to rebel!

Thanks so much for your great comment. Oh my God you and me both. Truthfully I really don't ever remember colouring because it never interested me and no one made me do it. I instinctively somehow knew this sucked the big one! Lol. Most ridiculous thing ever. You imagine people adults actually now selling colouring books for adults!!! When do a search online for colouring books you'd never believe the crap that comes up! Thank God we don't have to relive that hell as kids why the heck would adults do it all over again??? Boggles the mind!