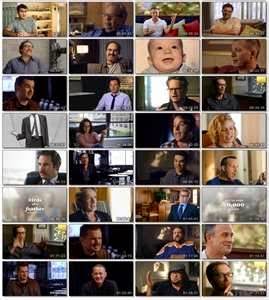 I've always been a kind closet comedian.  Since I was a kid I entertained myself and my family with impersonations, animals impressions, silly walks, and other fun weird behaviours. I found it was a great stress release like opening the pressure value. It decreased the serious shit happening around me and my family. We could always have a real good laugh, and it made me feel good to get a laugh.

I could never get enough of this stuff, until finally in my mid-twenties, I met two clowns on Prince Edward Island. Seriously they were clowns, and we'd hang out doing' clown work, where I learned to juggle. It didn't take me long to figure out that I really wanted pursue the basis of theatre, and how to entertain.

So away I went back to Toronto where I'd spent a good portion of my childhood, to study Commedia dell'arte ("Comedy of Art" or "Comedy of the profession"), meaning improvised drama.

If I'd known about Second City I would have auditioned. At this Mime school I attended, I learned that I wasn't cut out for solo performance, but worked better in groups. Drama wasn't my thing but comedy, especially improvisation, that was what I was crazy about. I still am, but I don't think I could ever perform solo, because I have too much anxiety, and stage fright.

Pretty early in life, I think I inherently understood why I was drawn to comedy, but later I began to be able to articulate for myself the reasons why. I so admire comedians that have the passion, drive, and the courage to get up on stage. In the meantime, I'll stay in the closet and entertain my friends.

Here is a new documentary film, the official trailer, to Misery Loves Comedy, written by Kevin Pollak and John Vorbaus. It looks like they've done one hell of a great job at explaining the whole miserable comedic mess. I can't wait to see the it!
You can listen to the interview that Shad had on CBC Q, with the director of the film, comedian Kevin Pollak.

Omg, the prosthetic leg thrown on stage was a hoot! But how true to say that humor puts a spin on discomfort and dissatisfaction. It keeps us going when nothing else can.

That really cracked me up too Bev! I know I'd be completely off my nut a long time ago if it hadn't been for humour. Thank God my family all had a similar sense of humour, so there were some good regular laughs in between the nightmares and virtual prosthetic legs being thrown!!