Carla Bonnell - She Made It Again To The Second Round! 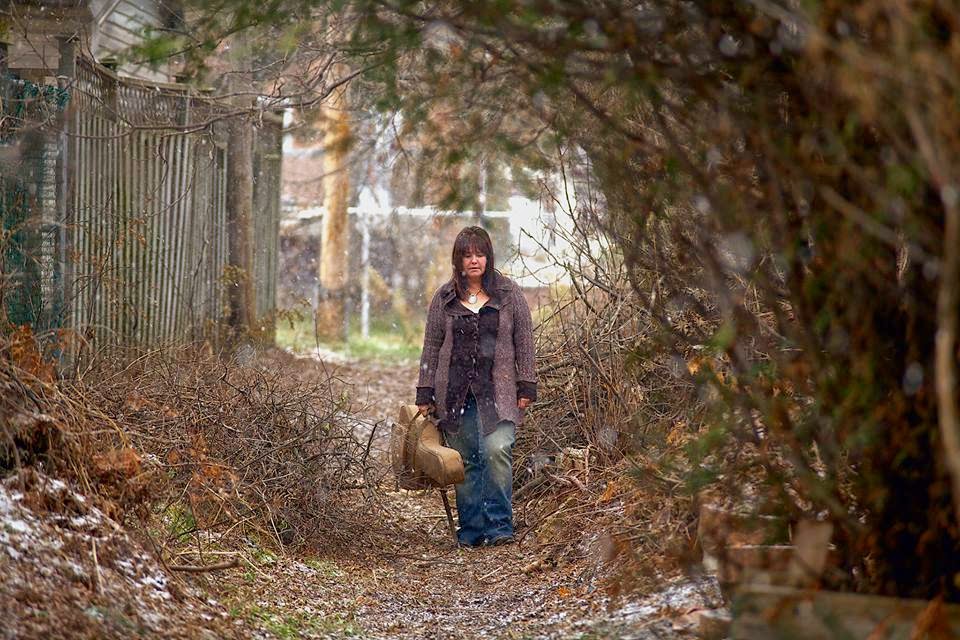 I kind of like to think of my sweet cousin Carla Bonnell, as a female version of Canada's Stompin' Tom Connors, only prettier. Sorry Tom. But believe me when I say she's knows every song and then some!Like Tom her music resonates through the stories she communicates and she knows how to make a connection with the everyday person.

I'm proud and happy to tell you that Carla has made it to the second round of the CBC Search Light competition, for the second year in a row. Please vote for her again in this second part of the competition, will you? Thank you for your support. Here's her bio. I think you'll find it colourful.

Here is the link to vote:  http://m.music.cbc.ca/artists/Carla-Bonnell

Bio ABOUT CARLA ….Canadian recording artist Carla Bonnell brings depth, diversity and colourful storytelling into play with her songwriting talents, that touch on folk, blues, country, bluegrass and roots elements that fuse together to become her special and unique contribution to the music scene. As a singer-songwriter, Bonnell wears her heart on her sleeve, which is channeled through her lyrics that express universal themes that everyone can relate to.

As a follow-up to her 2013 Nashville recordings, an inspirational Country release called "Back To You", Carla felt a calling to go back to her roots in the Maritimes and craft a very earthy collection of songs and record in the region where her and her musical family have flourished, for many generations. Thus her 2014 album release titled "Liberator" was recorded in Nova Scotia and produced by journeyman east coast performer J.P. Cormier (Jimmy Rankin, Rita McNeil). The album is a testament to her tenacity to be herself and share her thoughts and stories with fan base that has grown in various regions of Canada via her live performances in British Columbia, Ontario, Quebec, New Brunswick and Nova Scotia, including the "New Brunswick Country Music Showcase" concert series. Carla Bonnell has performed with band members of Johnny Cash and Roy Orbison on some of these select tour dates, who embraced her natural talent and stage energy, as well as live performance collaborations with Juno Award winner Lawrence Martin.

With numerous radio interviews and airplay for her Nashville release, Bonnell subsequently took her career to a new level with a national radio campaign for "Liberator" along with live performances in cities that embraced the new release. To date, “Liberator” can now be heard from coast to coast on over 30 radio stations (and still counting) and  has charted on a number of Top 10 Roots/Folk charts including CFUV (Kamloops, BC), CJSF (Burnaby, BC), CFBX (Kamloops, BC), CFRC (Kingston, ON) and CIBL (Montreal, QC).

Carla Bonnell has always given back to her local communities by performing benefit concerts, even if it means travelling great distances to do so. She was recently recognized in her hometown of Minto, NB on the "Minto Country Music Wall of Fame" alongside many N.B. Country Music Wall of fame inductees.

Radio personality Brent Buchanan, Morning Show Host, Country KHJ says, "Carla really hit a homer with this new CD. You can relate to every song, and that’s what country music is all about right, way to go Carla.”

Carla inspires her fans with her honesty and integrity and is currently writing new material for her upcoming 2015 album release. Bonnell is focused on bringing her music to new audiences and is booking her 2015 tour and applying to select music industry showcases, to achieve her vision of spreading her musical wings into theatres, select house concerts and premiere listening rooms across the country.

Carla’s music has many elements and influences. The album titled “The Liberator” is inspired by Calling Me, which is an upbeat folk song with a country flair that will sweep you over the hills of Cape Breton in your imagination.  Swing into a 50/60’s style rock gone country with For A Fool. The Letter will instantly tug at your heart strings and draw you into an ethereal state of losing a partner and a way of life. The western style guitar in Cariboo Express touches on traditional country sound, singing of dedication of a girl’s memory of a father now passed. Two Little Towns is a local favourite playing with bluegrass beats and licks. Rain shakes it up with a Canadian aboriginal beat, telling a story based on a true to life narrative of the sometimes political struggle to have treaty rights recognized and respected. Feeling introspective? Wishing Well will lull you into deep introspection with its poetic lyrics and hypnotizing melody. You will soon wake up to a new day with Gypsy Heart, incorporating the traditional country sound with a hard blues back beat to tell a story of dreams and desires of the heart. The Drive slows it down again in Leo Kottke acoustic guitar style, enticing the listener to feel the heart ache of losing a long term relationship. Bless or Curse the Tide wakes you to attention with driving fiddle, expressing the mood held in the lyrics of folks who makes choices to bless or curse their lives. Often described as the jewel of the album it’s the Last Train with its completely Canadian lyrical experience and folk country acoustic sounds. The harmony in this duet has been described as eerie and long lasting. The hidden nugget of the album is a short little jig with banjo, fiddle and guitar. The Kitchen Party celebrates the Canadian weekend culture of jamming with family and friends fondly known as the kitchen party

While I like music with a good beat that makes me want to move my feet, I love songs that tell a story! Just sent off my vote - best of luck to Carla. :)

Oh Bev thank you so much. This means the world to her. I am so so proud of her because she's struggled to pursue this goal and it truly is her heart and soul. It's what makes her happy and very much her story! I will tell her you voted!She will be thrilled!

Wonderful!! So nice we can celebrate Canadian musicians.

All of a sudden I feel like singing "I'm Lester the lobster from PEI..."

Thank so much for the visit! I really appreciate your comment and support for my cousin. She's be thrilled! She just got recognition for her country album Liberator. Very proud of her!

I am going to subscribe to your very interesting Tarot site!
Thanks again for the visit.

Go ahead and then break out with Gumboot Cloggeroo!