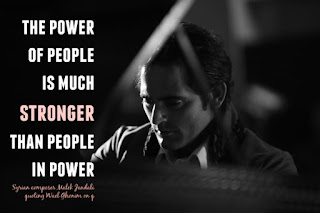 Music has always been such a huge part of my family's life, that I know if this had not been the case, we'd have been so very impoverished spiritually, creatively, emotionally and in countless other ways. I saw my brother completely immerse himself in the music of the Blues, and how it not only enriched his life, it relieved and healed a huge amount of his life struggles. My mother's dreams were fueled and inspired by music, and so many other family members as well, myself included.

I have an eclectic taste in music, however I have never been a huge classical music fan, but when I first heard Tchaikovsky and Beethoven they moved me beyond words. That's what the language of music does.

Last weekend I had the wonderful opportunity to hear a Latin Dieppe New Brunswick-based woodwind quintet Ventus Machina. Along with the music the members of this wonderful group would introduce the pieces with a story that set the stage to transport and transform your imagination to another place and time.

The great power of music to transform, transport, change and heal is explained in such a compelling way that I'd never heard before, until listening to Syrian composer Malek Jandali.
This interview opened my mind to this power even more, and was so moving like no other I have ever heard, explaining the power of creativity.

Good grief, I can't believe the Syrian government attacked his parents because he played his music here in America! Yet it is true - artists of all kinds can sway public opinion by informing them with their craft. As Jandali says, it is indeed a power.

It's so hard to comprehend. We have no idea what these people are going through and can't even imagine.