" Without stories and poems and pictures and music, children will starve." - Philip Pullman

I have come to realize my mission and purpose as an artist is to advocate for creativity and spread the message about importance of the art and why children need regular exposure to the creative arts, just as much as any of the other basic necessities of life.

This isn't easy and seems to be a never ending goal, because unfortunately in the West creativity is not valued like it is other cultures and other parts of the world.  In Europe for instance, art is seen as vital to education, as the way to integrate academics in order to greatly improve learning, and to develop children in a holistic way.

Philip Pullman so eloquently and succinctly expressed his thoughts about why children need art when he wrote the following wise words for the tenth anniversary of the Astrid Lindgren Memorial Award in 2012 .

But if you don’t give a child art and stories and poems and music, the damage is not so easy to see. It’s there, though. Their bodies are healthy enough; they can run and jump and swim and eat hungrily and make lots of noise, as children have always done, but something is missing.
It’s true that some people grow up never encountering art of any kind, and are perfectly happy and live good and valuable lives, and in whose homes there are no books, and they don’t care much for pictures, and they can’t see the point of music. Well, that’s fine. I know people like that. They are good neighbours and useful citizens.

But other people, at some stage in their childhood or their youth, or maybe even their old age, come across something of a kind they’ve never dreamed of before. It is as alien to them as the dark side of the moon. But one day they hear a voice on the radio reading a poem, or they pass by a house with an open window where someone is playing the piano, or they see a poster of a particular painting on someone’s wall, and it strikes them a blow so hard and yet so gentle that they feel dizzy. Nothing prepared them for this. They suddenly realize that they’re filled with a hunger, though they had no idea of that just a minute ago; a hunger for something so sweet and so delicious that it almost breaks their heart. They almost cry, they feel sad and happy and alone and welcomed by this utterly new and strange experience, and they’re desperate to listen closer to the radio, they linger outside the window, they can’t take their eyes off the poster. They wanted this, they needed this as a starving person needs food, and they never knew. They had no idea.

That is what it’s like for a child who does need music or pictures or poetry to come across it by chance. If it weren’t for that chance, they might never have met it, and might have passed their whole lives in a state of cultural starvation without knowing it.
The effects of cultural starvation are not dramatic and swift. They’re not so easily visible.
And, as I say, some people, good people, kind friends and helpful citizens, just never experience it; they’re perfectly fulfilled without it. If all the books and all the music and all the paintings in the world were to disappear overnight, they wouldn’t feel any the worse; they wouldn’t even notice.

But that hunger exists in many children, and often it is never satisfied because it has never been awakened. Many children in every part of the world are starved for something that feeds and nourishes their soul in a way that nothing else ever could or ever would.
We say, correctly, that every child has a right to food and shelter, to education, to medical treatment, and so on. We must understand that every child has a right to the experience of culture. We must fully understand that without stories and poems and pictures and music, children will starve." 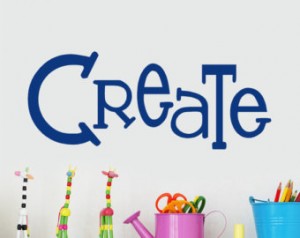 I wonder if those who don't think art matters have built armor around their hearts. Art and beauty does touch the inner parts of us and can make us vulnerable in some ways. Perhaps they are warding off these feelings because they are afraid of exposing their soft spots.

I think you make an important point Bev.
I also think it is a combination of reasons people don't see art and creativity as mattering. Much of is simply not understanding and misconceptions.

I can't imagine anyone not being touched by art and beauty in some way, at some time in life. It's the child's default.

When we become adults all have a choice as to how we respond to it, as art is life itself.