Author Kamal Al-Solaylee gave the best interview I've ever heard regarding discrimination and the profiling that exists in the West, surrounding brown racial identity. Particularly in light of the whole political atmosphere in the U.S. with Donald Trump being the presumed Republican incumbent for coming presidential election.

The clarifying points he makes are incisive, and insightful. I listened to this interview twice. The second time was better than the first as I listened even more intently. If you get a chance, I would recommend that you listen to it twice. 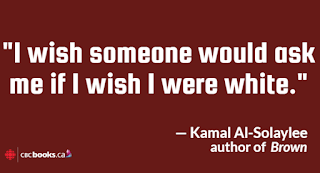