How To Save Yourself From Yourself 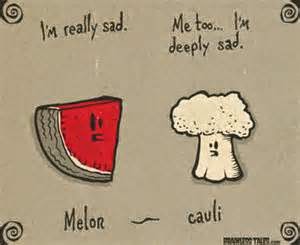 I was never a good student from grade three on. I succinctly remember how school changed for me, beginning with bad teachers, boring classes and once I hit puberty, it all went from bad to worse. Lots of problems at home caused emotional turmoil within my young self. Art and creativity was a kind of therapeutic refuge, helping me cope with melancholy, and depression.

Depression did overwhelm me a few times, and I once had suicidal thoughts. I am grateful I didn't suffer from serious mental illness, though it was in my family, along with alcoholism. I was also affected by the disease of multiple sclerosis, that my brother contracted at sixteen, when I was six years old.

In 1981 I was married to the love of my life, whom I'd lost to paranoid schizophrenia, and brittle diabetics at the age of 27. Bill, was 26 when he died, and we'd been married only four months. This was the lowest point in my life, but I can also say, it was a time when I excelled creatively. After Bill died, my own disease of alcoholism took a downward spiral as the years passed, until finally through the Grace of God I got into recovery, almost 21 years ago.

The worst thing about disease, whatever it might be, is the denial we can all experience. Most of society does not want to talk about disease, particularly mental illness of any kind, whether it be mild depression, an ongoing clinical depression, or other serious disorders.

I've heard it said, that denial, and the refusal to openly accept mental illness or disease, can be worse than the illness itself. I would think the reason being is, that it prevents the individual from getting any help and support, that they so need. This is why I feel so strongly about talking honestly, and openly about this topic, because you never know who's life you might save, perhaps even your own.

It has been absolutely vital for me to educate myself, so as to be able to cope with mental illness, and other kinds of illnesses.

There is a significant difference between melancholy, clinical depression, and mental illness. It is impossible to be happy all the time, and really, who would want to be? If we weren't unhappy we'd never know or appreciate happiness. But when you are suffering from serious illness, we need to seek help, and others need to educate themselves, reach out, and help us, help ourselves.

There can be no room for shame or judgement in illness of any kind, and we all need to make a concerted effort to be accepting, and proactive. We also need to advocate and organize for change, and save ourselves from ourselves, by coming out of our denial, and move toward acceptance.

What an amazing testimony to resilience and self actualization! Thank you for sharing part of your journey.

Indigene Theresa said...
This comment has been removed by a blog administrator.
February 6, 2016 at 10:05 AM

Thank you Indigene.
I had a wonderful mother who imparted her faith in God to me and who was my mentor and heroine. This has made all the difference.