How Blues Made Me Happy 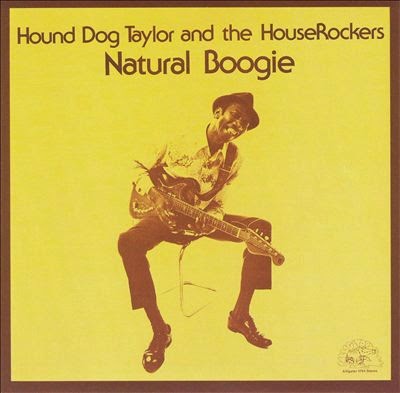 November is a hard month for me. The body always remembers if the intellect doesn't.

I'm talking about the loss of loved ones that of course one never forgets. My mother and father though they died years apart, both died in November, on the same date. Two months after the death of my father, my big brother Ralph who was ten years older then me died in January at the age of 59.

So from November through Christmas, and even  into the New Year, it can be a dark time for me emotionally. No, I don't have long periods of depression, but I have the underlining feeling of sadness that makes my heart rather heavy this time of year. Though is has been several years since my immediate family has been gone, I don't realize sometimes why I feel this way when November rolls around, but then it dawns on me that the body remembers sorrow.

Some would call it as I do, having the blues. My brother  knew the blues very well. Not simply because of the things that happened to him in life, but he so dearly loved Blues music, relating to it so much, and he was so knowledgeable about every blues man and woman historically.

He had an incredible collection of vinyl Blues records, you name it, he had it. He also subscribed to periodicals and magazines about Blues and had a variety of books on the history of the Blues music and read them religiously.

I distinctly remember early one morning, I was about 16 years old, and was woken up around 7:30 a.m to the music of Hound Dog Taylor and The House Rockers who were on Canada AM.
My brother had turned up the volume on the TV full blast, which quickly got me out of my slumber.  The song I first heard Hound Dog do was, "Give Me Back My Wig". This was my first real introduction to the Blues, and I have been hooked ever since. I thought to myself, wow these guys look like they were just out of the joint!

My brother introduced me to Saturday Night Blues on CBC Radio with Holger Peterson, which I have listened to every since the beginnings of the program. Blues wasn't all about the music, but  very much about the people and the personalities of Blues musicians, and the stories they told in their music and through their lives.

I don't know if I'm as passionate about the Blues as my brother was, but I know the Blues made him happy and they sure made me happy too, and they still do.

There are so many remarkable Blues women, and one amazing Blues woman is Sister Rosetta Tharpe.

I remember buying a 99 cent record at the Salvation Army in my home town when I was a teenager and first heard Mahalia Jackson sing this song Sister Rosetta is singing 'Didn't It Rain' along with some amazing Gospel Hymns on the same album, that blew my mind. 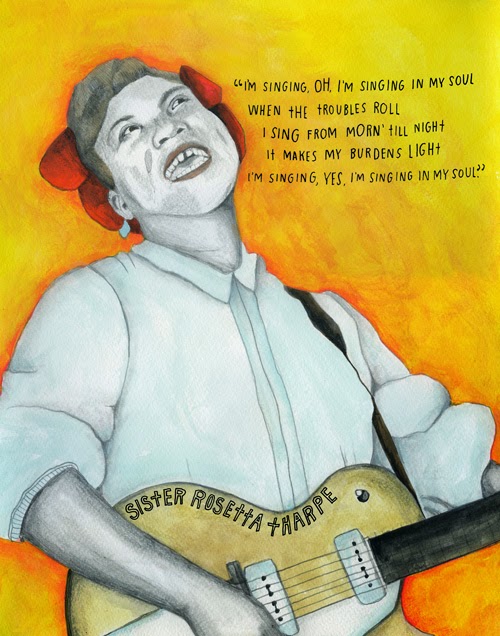