A New Way To Think About Creativity 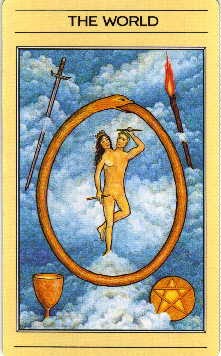 I really thought long and hard about posting anything about the recent media reports concerning the past host of Q. Frankly I don't even want to repeat his name, because I found it all extremely disturbing. I had been a long time fan, and often wrote blog posts referring to him, to his guests, and the topics that were broadcasted on this program.
I understand that a host is not the show or is it? The situation has left me with feelings sadness, and with many serious unanswered questions.

Being in an abusive relationship myself, in the past, I understand very well, why these women did not come forward. If an individual has not been in an abusive situation, it is easy to sit in judgement.

What became eminently clear to me, is how abuse, particularly against women, is still insidiously rampant in our so called civilized society, and I hope perhaps the one good thing that, will result, is an ongoing open dialogue, that urges and enables much needed change.

I certainly don't know what the answer is, but silence is not. Men need to engage in proactive and actualized change, both  politically and in socioeconomic way. We can't change any one but ourselves and we all need to change.

Gender roles need to be more flexible, and I believe because of the stereotypical rigidity of gender roles that still exists in society, this contributes to misogyny and abuse.

I never considered the meaning reflected in the follow quote I found today, from a very compelling article in Brain Pickings today. It discusses and reflects the relationship, and connection between creativity, gender and having an androgynous attitude, that transcends, and is beyond one's physical appearance, and wanting to look like or be David Bowie.

“Creative individuals are more likely to have not only the strengths of their own gender but those of the other one, too.”

Because I study Greek Mythology through the Mythic Tarot, I immediately thought about the last card in the deck, The World , symbolizes and reflects much of what I think about androgyny.

Perhaps if we develop creativity, and a more androgynous attitude, individually, and collectively, we might have a more empathetic world, with less misogyny and violence, and perhaps women would feel safer to break their silence.
Posted by Unknown at 3:30:00 PM