How Frida Kahlo Made Me Think About Life and Death 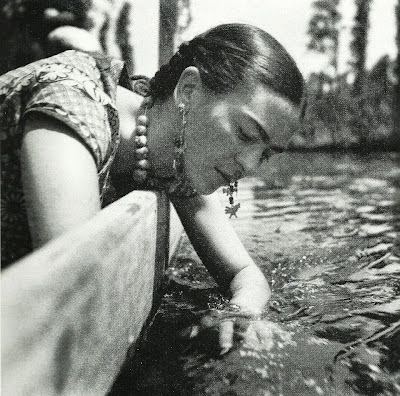 Recently my childhood life long friend lent me a wonderful little book about my favourite artist, Frida Kahlo. The book, Frida Kahlo Painting Her Own Reality is written by Christina Burrus and published by Abrams, New York.
It is a fairly in depth biography along with wonderful coloured illustrations of Frida's paintings and photographs depicting her life. There are her intimate diary enters and letters giving a real sense of who she was. 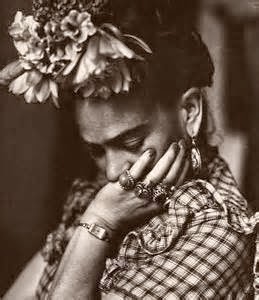 What I've mostly thought about Frida Kahlo was the way she fully lived her life and how death was so often a present theme throughout her subject matter in her paintings, while simultaneously, she had great passion for life, and for her painting.

Perhaps Frida was an atheist of conviction, though this is not completely clear, however one can not help but feel some how, a strong presence of the divine, the spirituality of the goddess, with an otherworldly quality in many of her paintings. I can't help but feel her Mexican heritage and culture, along with her mother's staunch Catholicism and her father being Jewish must have been a significant influence on her spirituality or opposition to it.

Her Mexican heritage I'm certain, shaped her level of comfort surrounding the acceptance of death as being, just a part of life. As seen in her painting The Dream (1940) it reflects how she was very conscious of having to live day to day with the possibility of her own death.

She stated to Alejandro immediately after her accident ' death is dancing around my bed all night long'. All of her paintings reflected an obsession with death during the period after her separation from Diego. As well, understandably the loss of all her children, she could not carry to term, was a source of great depression, and sorrow for Frida. The fine and precarious thread between life and death must have been ever poignantly present.

I believe because of Frida's suffering, she lived her life as fully as she possibly could, seized the day in spite of, and perhaps because of her sorrows, heartache and pain, she loved life itself, with such passion, that one can not help but be inspired by a woman who had such a close relationship with life, because she had such an intimate relationship with death. She may not have wanted to return after her death, but she certainly will always live on always in the spirit of her paintings and the beautiful soul she was.

Frida reminds me of Persephone, queen of the underworld. She reveals in much of her painted subject matter, the secrets of her inner life, not unlike the mysterious unconscious inner world of Persephone.

I believe Frida Kahlo's world was not full of death and darkness, but full of life and much light. 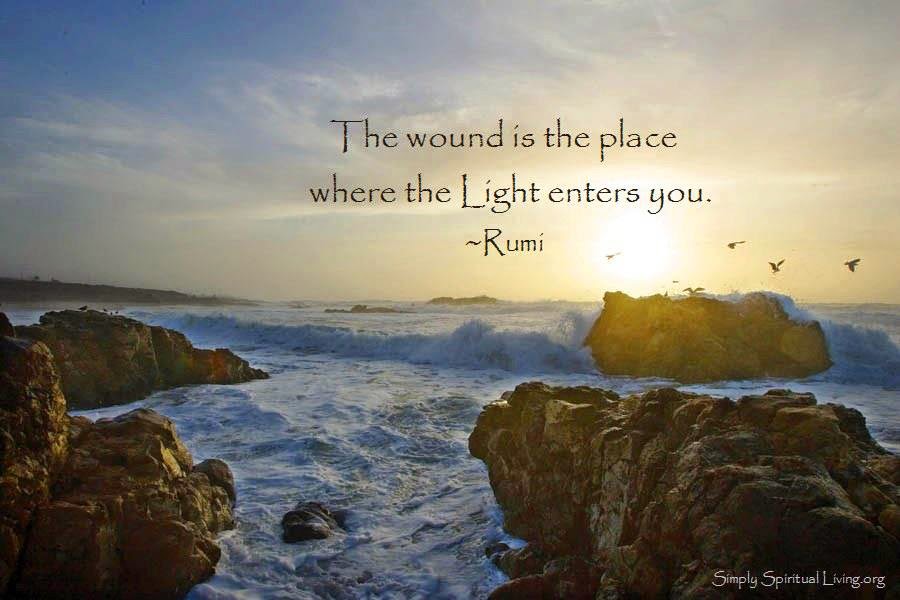 Email ThisBlogThis!Share to TwitterShare to FacebookShare to Pinterest
Labels: Christina Burrus, Frida Kahlo, Life and Death, Painting Her Own Reality, Persephone, The Dream, The Queen of the Underworld, The Unconscious

It takes a very strong woman to keep her heart open instead of closing down after such personal tragedy and pain. She obviously was able to channel hers through her artwork. When my daughter was young, we used to set up an altar during fall to honor our ancestors much like during Dias de los Muertos. Beside the pictures, I put little tokens of what these people did and what they loved. For instance the wagon maker had a tiny wagon wheel, and my grandmother had a paintbrush. They helped me introduce these people to my daughter who never knew any of them.

That is a beautiful testament and honour to you ancestors Bev, and such a precious gift to give your daughter. <3