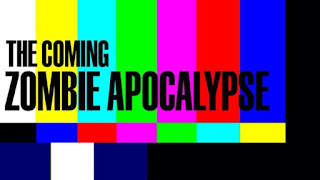 When I can't blog every day my world just isn't complete. I don't throw out computers, because well, I know what happens to computers when they are sent to the recycle depots and it's horrendous. But when I am without my internet access, I realize how dependent I am on this daily activity in the same way most people are.

I don't have a cell phone which is a good thing because other wise I'd be glued to it no doubt. walking around like a mindless zombie and phubbing people and lacking the social skills to communicate face to face with my fellow human beings.

And so, today I had to go to town for a doctor's appointment, but what was foremost in my mind I admit it was making a b-line first thing, to purchase a replacement for my old Dell computer mouse that was no longer working. Once I had it in my hands, I felt better already! I was doing everything short of swinging it round my head like a lasso to get it to work. My mouse came with my old Dell desktop that I purchased...yes...20 years ago. It's had a few upgrades, but I'm afraid it'll soon be time to retire the old dino for a laptop. My Dell may be old dinosaur, but it's not a zombie, though it may have done things to my brain, that may or maybe not be positive.

In our North American culture, I've heard a lot lately about the zombie apocalypse. You hear about it on  television, radio, movies, and in books. You just have to think about the shows like The Walking Dead etc., to see this preoccupation come to life, that seems to be an increasing preoccupation.

Yesterday I heard the Ideas program on CBC Radio, The Coming Zombie Apocalypse which gave some context to this preoccupation, and then began to make some sense to me, whereas before, I really didn't get it, other than suspecting that it has something to do with how in the western world, we hold death at arms length. It's easier to pretend our own fantastical demise, than face the realities that exist in our own lives.

Our world is indeed threatened, but not by zombies, but by us, human beings. We are alive, thankfully, and are not zombies. My hope is that we will keep it this way, until it's time for us to go, but not before our time.
Posted by Unknown at 6:56:00 PM

I heard a term used this week that I wasn't familiar with - FOMO, or fear of missing out. I think it has turned many into zombies, who must constantly check for texts, their Facebook page, etc. Life is happening right under their noses, but their noses are glued to a computer screen or smartphone. It's easy to go down that rabbit hole if a person is unaware of the addiction behind it.

Oh that's a good one! FOMO
Bev when I went back to University to finish my BFA it was a really weird thing to see so many students glued to their lap tops or phones completely unaware of the world and environment around them. FOMO Phubbing Zombies!