The Diary of Abraham Ulrikab 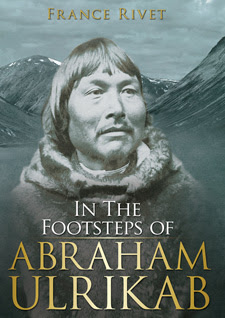 I don't how long ago it was that I first heard this historical account of the story about the Inuit family who were taken to Europe with the promise of wealth and adventure in exchange for them to be exhibited in a 'human zoo'. The idea and the story is a horrendous, and an unimaginable one, but a very important story that has needed to be told. It profoundly conveys how tragic the Colonialists and their ilk had no regard for Indigenous people and devalued humanity itself. Shamefully this disregard continues throughout the world.

It truly is an unbelievable event that happened, but the fact is it did, and is once again is an example of man's inhumanity to man. The family of Abraham Ulrikab and thousands of Indigenous people's are still displayed all over in European museums, whose bodies must be repatriated and brought back home.

When I first heard this historical account a few years ago, it was very disturbing. Today I again heard another broadcast on the Current about this Inuit family. In The Footsteps of Abraham Ulrikab  is the work of France Rivet and the documentary Trapped in a Human Zoo is to be aired tonight on The Nature of Things.

During The Current interview I was deeply moved when I closely listened the Inuit elder Johannes Lampe from Nain, answer the question asked, what would it mean to his community to have his ancestors brought back to Labrador. His emotion and silence spoke volumes and it was very touching. 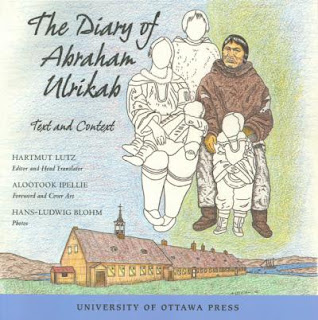 Email ThisBlogThis!Share to TwitterShare to FacebookShare to Pinterest
Labels: France Rivet, In The Foot Steps of Abraham Ulrikab, Johannes Lampe, Nain Hebron, The Diary if Abraham Ulrikab, The Nature of Things, Trapped in a Human Zoo

Man's inhumanity to man (and to woman), never ceases to amaze me. I would guess they feel superior to others, looking at them as if they were animals, but who would even treat animals that harshly? Very sad.

It's sadly very true Bev. Sometimes it is a struggle to keep hope alive with the state of humanity. The things that are have gone on in the past in so many ways still continue. Much of it due to to those in power and taking advantage of those in poverty.

If Abraham Ulrikab hadn't kept that diary we would never had learned the story. And goodness his relatives like Johannes Lampe and France Rivet are shedding light on this and trying to change things. This gives me hope.

Thank you so much, Catherine, for your kind words and for sharing Abraham's story with your readers. Researching Abraham's story has definitely been a life changing experience for me, as well as such a privilege. I'm sure Johannes feels the same. All people involved in one way or another with the eventual repatriation of the remains have been touched by Abraham's story and want to do what is right. I agree with you, there is hope! Take care!
France Rivet

Oh my goodness France, I'm very heartened and humbled that you took the time to comment. Thank you.

Having lived in the NWT for three years and the fact that my late husband was First Nations, this story of Indigenous people is very close to my heart.

I almost missed your comment. I was perusing my posts and just happened to think I didn't remember having three comments on this post. So,so glad I found yours! It really means a lot to me. Thank you again. Keep up your wonderful important work.