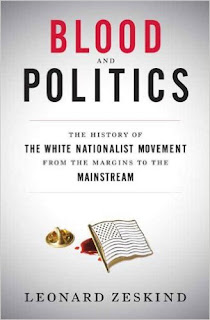 It's an understatement to say we live in a reactionary world. Finger pointing and blaming others for our woes seems to be the order of the day. It would be a relief to find a semblance of normalcy that gives a person a hopeful reason or solution that could restore our faith in humanity.

In the past weeks in light of the protest that took place in Charlottesville Virginia, and the tragic death of Heather Heyer, and the many others who where injured by a white nationalist, supremacist, I've heard a few people say they've lost faith in their country and have lost hope in believing things will get better. There is a feeling of despair.

In an interview, activist Leonard Zeskind  gave Sunday Morning on CBC, he affirmed that Trump is not to blame for the increase and influence of the white supremacists but does maintain it's getting worse. I think many are left wondering what we can do.

It's encouraging and hopeful to see so many speaking out and taking to the streets in protest against white supremacists.

I think of the wise words of Elie Wiesal.


"The opposite is not hate, it's indifference."