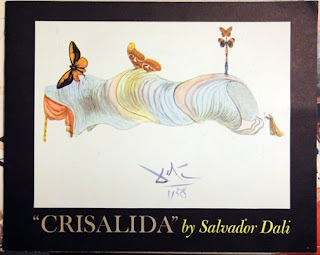 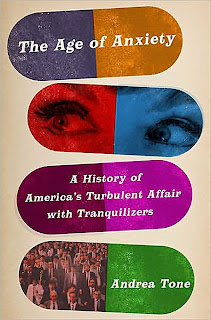 Like most folks I'd never heard of the drug Miltown, and was never aware of a Salvador Dali painting entitled Crisalida that promoted this drug.

The pharmaceutical name is Meprobamate  invented by Frank Berger in the 40s and marketed as Miltown by Wallace Laboratories and Equanil by Wyeth including many other companies. It was the most popular minor tranquilizer but was replaced by the benzodiazepines, and all the others existing today such as Zoloft, Valium,  Flurazepam, Clonazepam, Diazepam just to name a few.


What was very curious, was that Salvador Dali's wife, Gala, frequently used this sedative/tranquilizer, and  was coined one of the many "Miltown Wives". She came up with the idea of approaching the pharmaceutical company, urging them to commission her husband Salvador to create a painting championing the great advantages of using Meprobamate to cope with anxiety.

I found this information today after listening to a compelling CBC Radio Summer series "On Drugs"hosted by Geoff Turner. The episode was all about a drug called Miltown. This drug dramatically changed the face of North American culture by normalizing the regular use of pharmaceuticals in order to find relief from the malaise of anxiety and sleepless nights, etc. Needless to say there was a load of profit made and continues to be the case with big pharmaceutical companies, that have become like legalized drug pushers.

After listening to this interesting program On Drugs today, I went on the big Google hunt to find out about this elusive painting by Dali and came across a blog site by a book collector of Salvador Dali's art work.


Aldous Huxley once predicted that in the future there would be many chemicals developed  "capable of changing the quality of human consciousness." This may be true but unfortunately in my opinion it hasn't been generally, for the better.