Chet Baker & The Spirit of Jazz 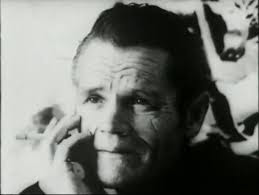 Listening to old 78s on my grandparents old gramophone when I was a kid, I first was introduced to jazz through my mum, her brother, and my brother. I got an early musical education sitting in my grandparents living room after supper, during those long the Summer evenings.

Musicians like Fats Waller, Big Walter Horton, Oscar Peterson, Sarah Vaughan, Ella Fitzgerald, Charlie Parker where just a few of the names I heard over the years and as I was introduced to Boogie Woogie, Jazz and Blues.

One name I can't really ever remember hearing, strangely enough, was Chet Baker. I know I heard his music, because somewhere in the deep recesses of my memory his music is so familiar, because it was the music that most resonated with me.

I feel now, almost like I've been searching for his music my whole life,  I finally rediscovered it again yesterday, after listening to Ethan Hawke and Canadian film maker Robert Brudreau, talk about the soon to be released film  " Born To Be Blue" on March 11th 2016; a somewhat fictional and factual story about Chet Baker.

During the Q interview what I most identified with, was what Ethan Hawke said about addiction being a symptom of a deeper wound.

When I was a kid, about 11 years old, my family moved to the city and when we first arrived, we'd spent the night in one of those old downtown hotels in Guelph Ontario. I had my own small room and I could see the flashing of the neon sign outside the window. It was very atmospheric, and I felt a little sad.

As I lay there on my bed in the dark of the night I heard music coming up through the floor, from the lounge downstairs. The sounds of a trumpet and jazz I could hear, and it was such sweet melancholic music that left an impression on me I never forgot. I remember it sounding like the kind of music Chet Baker played. Every since then I've been trying to find just that sound again, and found it in the music of Chet Baker and in the spirit of jazz.