I love fairy tales stories and myths, but I admit I've never been a strong reader of fiction novels. I tried hard to change that last year, and did a pretty good job, but I'm always drawn back to philosophical writers, especially those who are Jungian . I'm not talking about Greek philosophers and the like, though I am interested in Greek Mythology since beginning to study Tarot, doing readings with my Mythic Tarot deck, and writing daily posts on my Tarot blog.

This year I will continue to change my reading habits, along with a list of other areas in my life. It's not an easy undertaking to change habits, and so I've attempted to arm myself with information about how to do this, but I have learned that I need to remind myself to take one step at a time, I don't have to see the whole staircase.

One thing I found surprisingly helpful was doing an introspective written inventory of 2014. I was glad I did this. Once completed, in retrospect I realized my impression of this past year was not a good one. It actually felt to be one of the worst for me personally.

After looking at what I actually accomplished I could see clearly that I had accomplished a lot, and in fact, the year was a darn good one after all. I could see my perception and reality had been distorted as my focus had been on my imaginings and worry.  I call it 'awefulizing.' I don't remember which book I found this adjective, but it describes what I tend to do perfectly. It's a bad habit. Gotta work on changing that one.

Finding this article on Brain Pickings today excited me, about 'self-refinement' and there is a list of books to read by a number of writers and philosophers who had and have a lot to say about resolutions or changing habits. Here's a brief list of what each one said. 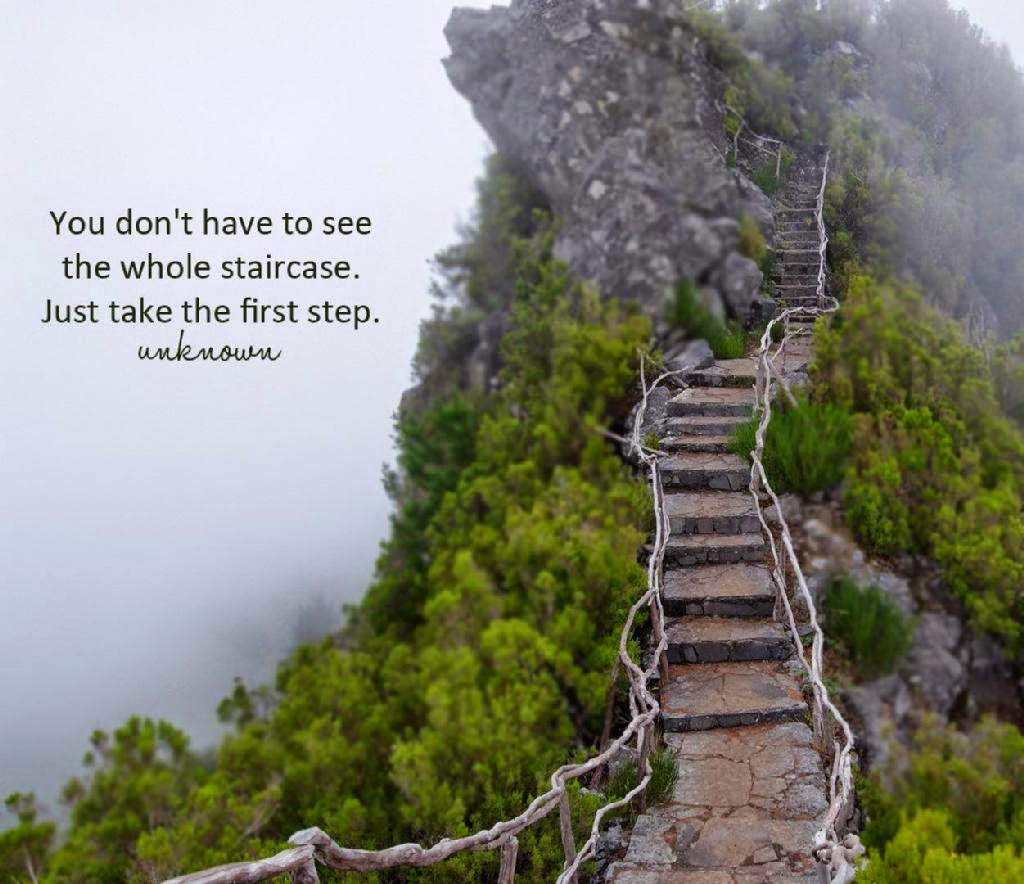