Purdy Crawford Centre For The Arts 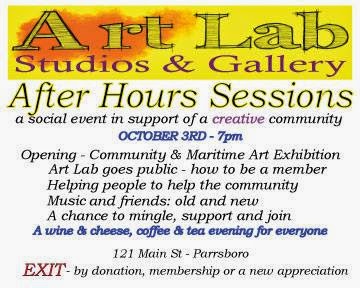 I am looking very forward to a group exhibit featuring Maritime Artists in Parrsboro at the Art Lab Studios & Gallery. I have a painting in this exhibition. This celebratory event takes place October 3rd at 7:00 p.m.


I am also very honoured, and excited to have been asked to be a part of the Mount Allison University Alumni Exhibition at the Purdy Crawford Centre For The Arts, October 2nd 2014.


It so wonderful  to see the Purdy Crawford Centre For The Arts building finally opened, and I must admit, I am just a little envious of the new Fine Art students. I hope they appreciate what they have. It's a far cry from the days of sharing a studio cubby hole space, with another Fine Art student in the Gardiner Building. But I have some great memories, and I was very fortunate to have had the best ' cubby buddies ' a person could ask for. 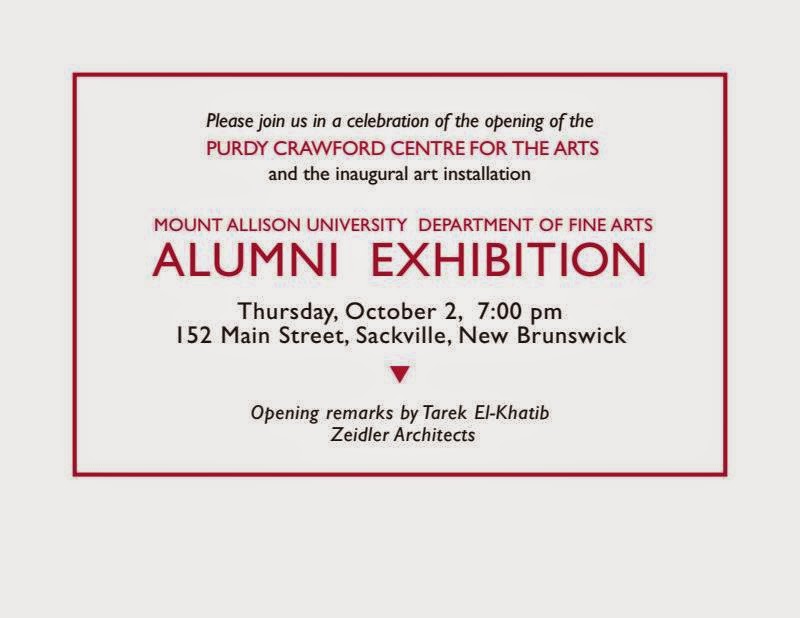