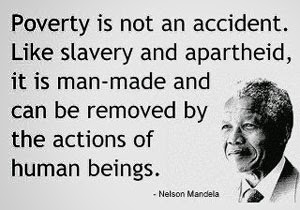 Today I stopped into a good friend's to have a chat. We had a great heart to heart about youth care work, vocations, and so called " women's work ", the rewards, setbacks, difficulties and what we can and can't accept.

Growing up in the sixties, and during the second wave of feminism, I often find myself acutely aware of the differences, and similarities between now and then. I can't help but feel we are regressing in so many ways when I see the media, and how it objectifies girls and women. As well, the governments greatly contribute to this situation with their lack of compassion and support for women, children, families and all those living  on the margins of society. Finding it to be disconcerting and disturbing is an understatement.

Instead of decreasing, it appears to be on the increase throughout the world, with the devaluing of humanity and destruction of the environment, discrimination, xenophobia,  and violence toward women and girls globally. Our priorities are very misplaced, and backwards, if not almost lost, or even seemingly non-existent. Economy has usurped ecology, and that especially includes human beings.

My friend showed me some beautiful, exquisite hand crafted work she created through the Winter. It was a lot of hours and skill she'd put into this work, but she expressed that a number of people weren't willing to remunerate her for the time, effort, skill and money that she had invested, and we both agreed because it was considered " women's work ". We continued to talk and agreed any child minding work was viewed the same way.

She expressed to me government services provides a grand total of four dollars an hour, paid toward any child minders of foster children, toward the foster parents cost. When she told me this, I could feel my blood pressure rise, as I thought of my own past experiences within the foster care system, but that's a whole other story.

I have to say, this devaluing of work is a common lament among artisans and women generally. CARFAC has reported that the average yearly income of Canadian artists, is a total of $18,000, gross. That figure has been the same as long as I can remember. I am here to state, if I could make $18,000 a year, I'd feel pretty darn comfortable. That said, I know this amount of money is not just below the poverty line, but subsistence.

Women make less then, or the equivalent I am certain, to what artists make, and those are the working poor, never mind those on Social Assistance, disability pensions, or others on fixed incomes.

Poverty affects everyone, and is a historic legacy, but does not need to be the future legacy we leave to our children, and to our children's children.

I ask myself, time and time again, why? I know the answers, but it is no consolation, just a continuous frustration and disappointment, and I wonder, where it will all end.

Today my thoughts went to the Bluenose 11, here in Nova Scotia, after hearing how our government has spent the God awful staggering amount of $19,000,000 on refurbishing this schooner. Now, there are estimates of it costing a further $24,000,000 plus, before it's over. THIS IS INSANITY!

When I was a Youth Care Worker for twenty years, not that many years ago, I attended a workshop, and played a "game" called The Poverty Game. It had been invented by a group of people who were on Social Assistance, and it simulated what it was like to be on assistance. We were given a defined character,  a fixed monthly income, and a personal life scenario, that would develop along, as we continued to play the game. Not long into the game, you could feel the stress levels go up in the room, which was palpable. If you chose to quit the game, this meant you had committed suicide.

Concluding the game, every one was asked who " cheated ", meaning who didn't report any income you obtained under the table, you lied to the Social Worker, who asked every month, if you had any extra income to claim. When asked, every one in the room raised their hands to indicate in fact, they had cheated.

The woman facilitating the game, informed us this game had been played with a group of nuns, and everyone of them also "cheated ". The lessons learned that day were many. What we learned mainly, was that people on social assistance get 50 % of what they actually need.

My grand father always said, " The rich get richer, and the poor get poorer. " This continues to be true today. Some say, poverty will always be with us. Perhaps, but I am not one who believes this to be true, nor does it have to be. I have a much more hopeful destiny for mankind and our world... Imagine...