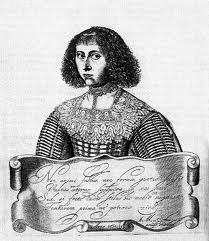 I  have never been one to retain historical dates, facts and names very well, and I really don't know  a whole lot about history perhaps due to my right brained thinking, if unless of course, I have a particular interest that I can relate to directly in some way. That said, I do love learning about historical events and people.

Learning about women artists I can relate to throughout history, and what they have contributed has become I'd have to say, a passion for me, more now than ever, upon enrolling in, Women Art and History. It is both exciting, informative and empowering as a woman artist and feminist.

The middle ages and medieval times appeared in some ways less restrictive to women artists , unlike the centuries to follow, particularly in the 18th century. Perhaps because in the middle ages many women entered convents, giving them access to work in guilds and they had opportunities to pursue artistic endeavours without the constraints of family responsibilities that marriage and motherhood demanded.

The 18th century pursuits and promotion of the ideal, found within artwork as subject matter that expressed the theme of, "Beloved Mother " or Happy Mother"
was a kind of propaganda that ultimately oppressed men, women and children setting up hypocrisy and incongruity that did not match reality and was very much about class and male misogyny and dominance. If a woman was married and a mother, she could pursue whatever she wished and her own independence was presupposed, however this was far from reality, and became less and less revered as the ideal or moral value to emulate and aspire to for the higher good of society.

I find it fascinating to learn that in Flanders there was archival documentation of women's names dating as far back to the 15th century, women such as Elisabeth Scepens, Margaretha Van Eyck, Agnes van den Bossche , Hildegard of Bingen, and Christine de Pizan

The artist's guild was the common system in the middle ages were women could practice and become skilled at their art skills, providing an alternative to academy schooling, as women were not privileged or allowed academic enrollment in the academy or university.

University was not denied to Anna Maria Schurman , although she was strategically  hidden behind a screened curtain, so as not to be seen by her fellow male students. Anna Maria was borne German Dutch wealthy family in Cologne Germany, living from 1607- 1678 and was a many faceted and multi-talented woman , who was considered a prodigy as a child. She was by seventeenth century standards, a highly educated and very accomplished  artist, philosopher, musician, poet, lawyer, scholar and linguist, fluent in 7 languages. She became the first woman to attend university in the Netherlands in Utrecht, and  published a dissertation on women's rights to academic education. I think she transcended and challenged the restrictions that existed for so many women, expected to function within the boundaries of specifically defined cultural and societal roles of the historical period such as motherhood, wife or novitiate to a religious order.

"Whatever fills the human mind uncommon and honest delight is fitting for a human woman."
Anna Maria Schurman 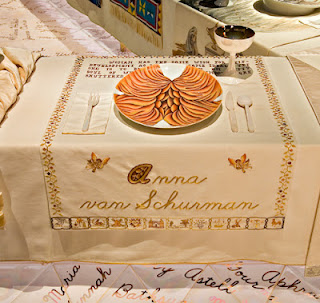