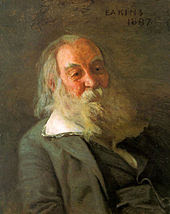 I did not grow up in an educated family in the conventional sense however they had a great thirst for learning.
My mother would often speak of those she would refer to as being what she called, "educated fools", the people she considered very educated, having degrees, but no real thirst for learning. I am grateful I came to understand and appreciate the difference between the two at a relatively early age.
Unfortunately I cannot claim that this helped me during my school education growing up, rather it made me acutely aware of the fact school was not a place where learning occurred. School was were one memorized and regurgitated reams of irrelevant facts that you quickly forgot immediately after an exam. I was not long in loosing interest in school. In spite of the toll the education system and a difficult home life had taken on my thirst for learning, I had to reconfigure for myself just what learning meant to me and I struggled with my self-esteem and confidence in my capacity and ability to learn after being left with a feeling of failure and defeat upon dropping out of school.
I remember an English teacher I had in grade nine, that I actually had nightmares about for years to come, even as an adult. She had announced very defiantly, she was expected to teach grammar and literature and that she hated literature. Needless to say that was my most memorable year of my short lived high school education.
Fortunately for me, I still had the inherent value and belief, imparted to me by my family, that education was much bigger than the school system, and I'd meet a kindred spirit, and dearest friend, in that horrible English class, who truly understood and lived in books of English literature, and she sparked my own interest and passion for learning. She inspired in me, an excitement for reading, especially about writers, poets, classic and romantic literature. She would spend endless hours, talking to me about Dylan Thomas, Keats, Yeats, Shakespeare, Dante and the like. I finally felt like I was getting my educational mojo and I haven't stopped ever since.
A young, fellow art student friend of mine, had made a blog entry, referring to the poetry of Walt Whitman's, Leaves Of Grass. Walt Whitman perceived, that it was with the self, where poetry begins. This has truly been own personal experience, and the same can be said for all art and creative expression and learning. Artist, can be substituted for poet, they are one in the same to me, in their essence.
Whitman said, "The proof of a poet is that his country absorbs him as affectionately as he has absorbed." He believed that the poet and society were vitally engaged in a symbiotic relationship. The everyday, the ordinary man, and nature were his muses, they all influenced, inspired and gave him great insight into the human soul and condition that transcended race, colour and creed.
Learning about those who write, what and why they write helps me to better understand myself and regardless of what else I don't get done in the course of a day, I always feel better for and after having done some reading, learning or written my thoughts down. It is a transcendent and spiritual kind of experience for me, if not immediately, it is also found within and through the cumulative of work over time.
"A morning-glory at my window satisfies me more than the metaphysics of books."
- Walt Whitman
Posted by Unknown at 12:55:00 PM