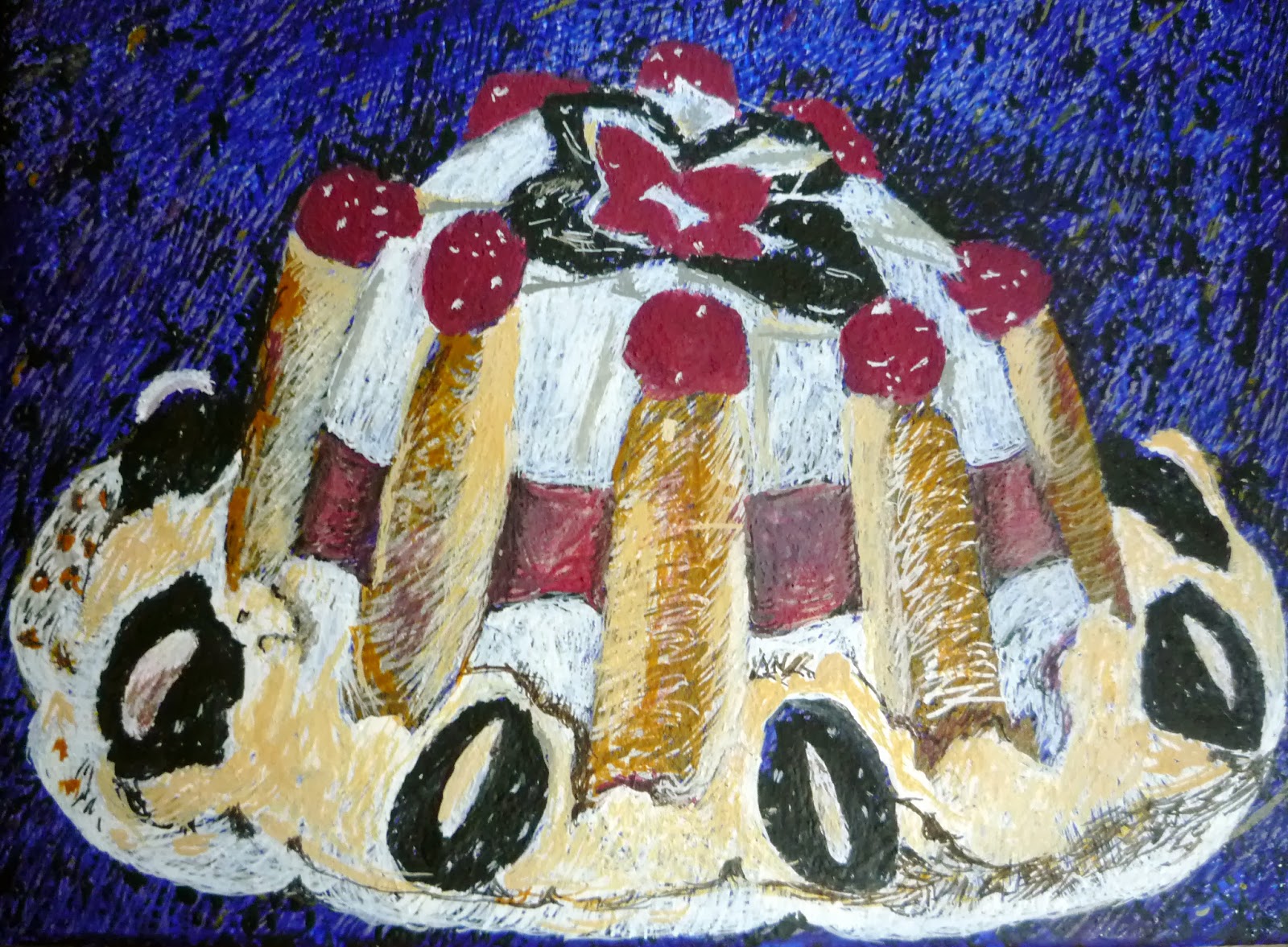 
Here's the first painting of my series I call, Same Old Same Mould. It's close to being complete after working on it all day yesterday .
I think it's a rather sexual looking thing, but probably tastes pretty good with lemon jello, and sponge cake etc. Though the thought of eating almond stuffed prunes are not so appealing!

The support for these paintings I am using, are store bought ceramic tiles, with a white glaze. I chose not to gesso the surface, so I am not sure how well the egg tempera will adhere. I'm experimenting with this one. I usually prime the surface with gesso.

Certainly, the original dessert did not look like this, and I'm also sure almonds encased in prunes, were not included in the not so auspicious ingredients! The name of the dessert, does give reference to the auspicious
Marie Antoine (Antonin) Carême, who lived during the French Revolution and made some elaborate version of Charlotte Russe, and confectionery that were sculptural centerpieces called pièce montée.

He went from being abandoned by his parents, then worked in a chophouse in exchange for room and board, to being employed by a French Diplomat, Charles Maurice de Talleyrand-Périgord, who was also a prince, and the Prime Minister of France; making grande cuisine, and gaining great fame for his fantastical creations within Parisian high society.

After perusing Dainty Dishes for other interesting names, this appears to be the only one the has an interesting history.
I will be tackling the second painting tomorrow, called Carrington Mould. A lovely name, but I could  not find any history about how it came to be named.